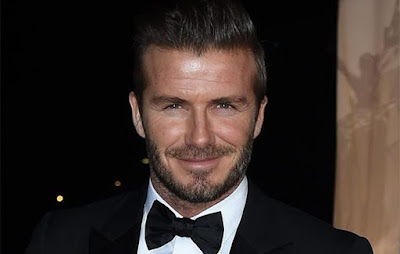 ‘I can’t hear myself think.’ Shouts a colleague I haven’t exactly pegged for a an intellectual mind. He staggers on, slopping a pint of gassy lager as he zig-zags towards the free bar. I’m back at the corporate Christmas party and the music is too loud, my dinner suit too snug. It gets tighter each year. I get less tight. The thought of how my head will be thumping in the morning outweighing the lure of limitless alcohol - another reminder I’ve been doing this too long.

‘F**k, there’s some amazing totty in here.’ Shouts assistant manager T, who has appeared at my side as if on castors. His pupils are widely dilated behind the designer glasses. I’m not sure it’s just beer doing that.

‘If you can’t get screwed tonight,’ Continues T with an unpleasant leer. ‘You haven’t got a pulse.’ He pauses and waves at all the young women in bright party frocks, then adds: ‘Or a penis.’ Before wobbling away.

I’m in the seventh circle of hell, only with a smarter dress code. Like most people, I don’t like mixing with estate agents if I can avoid it. This pulsing mass, dancing to what might be drum and bass, but could also be the digital equivalent of a needle stuck in a groove, are making me yearn for a quiet night at home with a lime and soda and some catch-up television. And to think I once tried to climb inside the PA rig at a Stranglers gig.

‘I’m going to shag something tonight.’ Slurs another voice, breaking in to my ear-buzzing melancholy. I look up to see M, my fat finance man has appeared, glass in hand. His stomach is battling to break out of a straining cummerbund and he’s waving towards the table where the Human Resources - or is it People Division now? - ladies are sitting.

I read a survey recently, stating those in accounts and personnel where the most likely to have sex at the office Christmas party. Odd, because our lot spend the other fifty-one weeks of the year trying to shaft us anyway. You’d think they’d want a rest.

I’m tempted to point out the objects of M’s ill-directed ardour are rumoured to be lesbians, but before I can, he slurs. ‘They might be dikes but that chubby one looks like she could be turned.’
I should be reporting him for this, but as he’s heading that way I think I’ll save myself an email and more grief.

‘Here goes nothing.’ Chortles M, as he departs towards a probable disciplinary and a shed load more paperwork. ‘I reckon I can get her back on the straight and narrow.’ Judging by his progress and the likely outcome, nothing is going to be straight and the only thing narrow, as his lardy arse departs, is his mind.

‘You not drinking?’ Enquires a disembodied voice, and for a moment I think I’m hallucinating, or maybe the strobe light has set off some sort of previously unreported fitting session. But I eventually realise H, my vertically-challenged rival manager, is looking up at me. Gin and tonic in each hand.

‘Pacing myself.’ I tell him.
‘Eh?’ he bellows , on tip-toes.
‘Never mind.’ I reply, only to find he’s disappeared towards the dance floor, where I spot S, my negotiator, looking achingly beautiful in a red frock. If he touches her, I might commit some sort of dwarf related homicide that would actually, briefly, make me happy…

Now, as the music jolts from unknown noise to the cheesy Christmas favourites, I feel pressure in my bladder. If I break the seal I’ll be pissing all night, but I can’t resist the pressing need. En-route to the gents’ toilet I pass the bean counter boss, sat at his table with a gaggle of his odious followers. I haven’t seen such uncontrolled fawning since Bambi took to the ice.

‘Condom machine is empty.’ Shouts some young buck I don’t recognise, as I’m greeted by the heady stench of urine and David Beckham after shave, in the toilets.

I’m too old for this shit.

Festive felicitations to everyone, thanks for reading and may your chosen deity be with you.