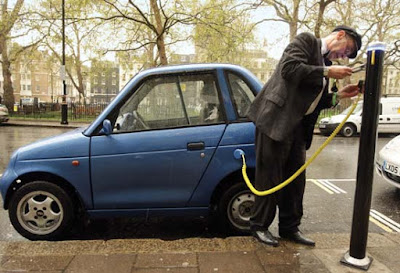 ‘That’s a joke.’ Exclaims assistant manager T as he stomps back into the office face like thunder.
Chances are we are not about to be rib-clutching and rolling on the imitation wood laminate flooring in uncontrollable mirth, any time soon.

‘What?’ Asks loose lettings lush B, with a hint of a hiccup.
‘They’ve only gone and taken four parking spaces away up the road.’ Says T, shaking his head.
Not funny so far.

‘It’s hard enough to find a space as it is.’ Responds B with a grimace. ‘You’d think the council don’t want business to succeed in town.’ They don’t seem to. They want you to pay prohibitive business rates though.
‘If it’s for more disabled spaces you can understand.’ Says negotiator S reasonably.

I can’t understand, I want to reply. But I already have a reputation as a grumpy curmudgeon. Best not to say, swathes of empty spaces with a wheelchair stencil where I’d like to park my car, make me want to let down the tyres of any car with a Blue Badge. It doesn’t help when surprisingly sprightly looking occupants hop out with no walking sticks in sight.

‘It’s not for handicapped people - at least not physically.’ Says T with a shake of his head. ‘They’re installing those bulky battery charging points.’
‘Nobody drives an electric car.’ States mortgage man M dismissively. ‘At least nobody who lives in the real world and has to travel more than thirty miles without plugging in and waiting for hours to re-charge.’

‘It’s good for the environment.’ Counters S.
‘It’s not good for my blood pressure.’ Bats back M. ‘I’m trying to visit clients all day and I can’t park when I get back to the office, because some tree-hugging weirdo with more money than sense wants to park a Noddy car in a space I pay hundreds of pounds a year to not be able to use.’
Actually the cost comes off my office P & L account, but now is not the time to quibble.

‘Those idiots at the town hall have never had a proper job.’ Snarls M. ‘God save us from do-gooders and career politicians.’ He concludes, before waddling towards the kitchen. I’ve hidden the biscuits so his day isn’t going to get any better.

‘You have to start somewhere.’ Says S doggedly.
‘You can’t start, that’s the point.’ Replies T. ‘Not unless you have a five mile extension lead.’
‘It’s like pigging pointless Energy Performance Certificates.’ Contributes B. ‘Nobody gives a toss what band their new home is going to be in, they just want the rent to be cheaper than it is.’
‘Tell them.’ Pleads S, turning to me with a pleasing pout.

No matter how much I’d like to please S - avoiding harassment claims and industrial tribunals, obviously - I’m hard pushed to enthuse about agenda-heavy, reality-light  policies that pander to bobble-hat wearing, multiple-pierced Greens, while heavy industry in China chuckles and chokes the earth's atmosphere.

‘He knows.’ Says T with a wry smile. ‘He just won’t say it.’
‘I’m not a big fan of over-priced cars that you can’t hear coming, any more than over-priced roof panels that you can hear humming.’ I answer, secretly pleased with the poetic cadence.
‘Can you hear them hum?’ Queries trainee F, unhelpfully.
‘You can smell them humming.’ Says T with a wry laugh. ‘Particularly if you’ve been mug enough to lease your roof space for twenty-five years. Ugly as sin and you can’t sell you house. Not sure how that helps the environment.’

I’ve been sensing a mis-selling scandal on solar roof panels for years now. Unsightly, built in obsolescence and with promises of performance you’d be well advised to disbelieve. Like a fat politician, basically.

‘Talk of a waste of time, look who is coming in.’ Says T, nodding towards the window. Right on cue the Energy Performance Certificate man - a sort of cut-price chartered surveyor - comes in to the office.

‘Got a couple of reports to do.’ He says cheerily. He should write a Blog instead. Loads of effort and nobody reads the end result.

Thoroughly Green ebooks - no trees killed in the production - available for all formats. Links on the right Eco-Warriors...
Posted by secret agent at 7:01 AM

Oh, I wouldn't say nobody! Always a bright spot in the week for some. Probably says something about my life though!