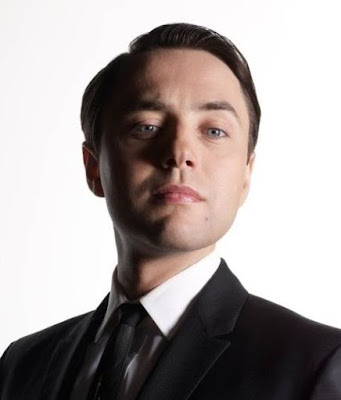 I’m outside a pleasant semi-detached house in one of the nicer parts of town. I want it on my books - but so will every other estate agent locally.

Preparation is everything in a sales situation. I have a briefcase full of promotional material, agency contracts, print-outs of suitable buyers I have registered looking for similar homes to the one I’m about to value - and most importantly of all, data on comparable properties sold recently.

I glance at my watch, then double check with the car clock. I’m at least fifteen minutes early after the last appointment turned out to be the biggest pair of time wasters since….well….since the previous ones.

In the days when I used to help train new recruits, before I was deemed too dated and dowdy, I would labour the importance of never being late for a valuation appointment. The owner - at least the house proud ones - would have tidied up and been looking at the clock for at least ten minutes before the agreed time. Run behind and turn up just five minutes late and your potential client may well have been looking out the curtains fretting about your arrival, for at least quarter of an hour.

This bitch clearly hasn’t though, I realise, as I look across the road and recognise a bitter rival’s company car. It doesn’t have the tacky paint job, or the corporate logo down the side but it’s just as conspicuous to me. Damn it. I’m on a beauty parade and having pulled down the sun vizor and checked a few moments ago, I’m going to need to labour the charity work and world peace angle. Calling it a vanity mirror was painfully accurate.

My mobile chirps insistently. I really need to change that irritating ringtone, but I’ll need to wait until one of my sons is back from University. I can’t have the office thinking I’m more of an inept Luddite than they already do.

‘Yes?’ I enquire curtly, seeing it’s the office calling. I was about to turn the phone off. You don’t want it ringing when you are half way through trying to convince an intransigent owner their home really isn’t worth the £30,000 more a rival agent told them they could get.

Negotiator S comes on the line, her soothing tones a loss to the Premium Rate phone industry.
‘Could you fit in a late valuation this evening?’ She asks artfully.
I can’t afford not to, even though it could mean another charcoaled dinner when I finally get home - and my wife doesn’t do barbecues…

I jot down the details, hoping it won’t be me and several other agents this time.
‘Did you know I was going to be in a queue of oily liars in suits, on this valuation?’ I ask S. She laughs.
‘What?’ I demand.
‘Well that sort of indicates you’re a greasy bloke in a three piece.’

As it happens, I ditched the waistcoat after too much ridicule from my unsympathetic team. In truth, it was too sweaty anyway. Nothing worse then reeking of body odour when you are trying to appear fragrant and professional.

‘She didn’t say there’d be others.’ Answers S defensively. ‘But then there always is, isn’t there?’
There is. Unless it’s a probate sale. The dead are less argumentative than the living, although the squabbling beneficiaries more than make up for it.

‘Do you know who is in there?’ Quizzes S, as I look at the dashboard clock and wonder how long to give it before I cut short my opponent’s sales pitch
‘The shitester with the zero-fade haircut and loud ties.’ I tell her sourly.
‘God, you’ll not be able to breathe in there for aftershave fumes.’ Chuckles S.

More importantly, I’ll have to push my suggested sale price to stratospheric proportions. The outfit the man works for are notorious for misleading sellers to secure a sole agency, before starting to work on big price reductions.

‘We reckon you should sneak over and let his tyres down.’ Says S mischievously.
It’s tempting, but knowing my luck I’d be caught on someone’s home CCTV.

I’ll just pull his for sale board down after dark.

Hi, I really consider this is an admirable blog. I truly love the way of posting.
real estate in vero beach