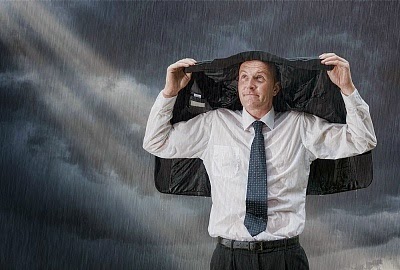 ‘How many more of these flyers do you want?’ Asks trainee F, as he leans over the chugging colour printer. It seems to be working for once. If the engineer spends any more time in the office he’ll want his own coffee mug.

‘How many homes in the catchment area we’re going to mail drop?’ I respond. Answering a question with another question is an annoying management trait but the query is out before I realise it.

F stares at me with that vacant possession look he’s perfected, as an unpleasant grinding noise fills the air. It takes a moment before I realise it’s the printer, not F’s overworked grey matter, producing the distressing sound. He pushes the stop button and lifts the lid to expose a mangled piece of A4 with a familiar storyline about, homes wanted in your road, sale just arranged, disappointed buyers offering sexual favours to estate agents for first chance of a viewing….

‘F•••ed again.’ Says loose lettings lush B from her cluttered desk. It could be a statement about her activities last night, but I’m hoping she’d referring to the over-priced heap of electronic tat the bean counter boss made all the offices instal. No doubt it saved him a few pence on leasing costs and produced an attractive bottom line, I think, as appropriately enough negotiator S sways across the office distractingly.

Attention jerked back towards the troublesome machine I continue my internal dialogue. The number crunchers love to fiddle with suppliers to justify their existence, but at the coal face it means multiple jams, and call outs so regular that we all have the engineer’s mobile phone on speed dial. Still, here’s hoping the bean counter gets some more sponsors’ corporate tickets to those major sporting events.

‘So how many do you think we need?’ I say to F, once he’s tugged out several mangled sheets of paper and re-set the printer, with a little help from S.
F looks at S despairingly, as she tries to mime something to him. His frown lines deepen as I begin to lose my cool.

‘Electoral roll!’ I bark aggressively, immediately regretting the phlegm-flecked verbal assault.
F looks at the floor and for a moment I thinks he’s about to perform some sort of gymnastic head-over-heels carpet tumble. Fortunately S steps to the filing cabinet, bends over athletically and brings out the list of names and addressees for our office area.
‘In here,’ she says soothingly, handing the thick printout to the thicko. ‘You’ll find the information in here.’

‘Not sure this is that great.’ Says assistant manager T, as he reads one of the less mangled leaflets, with the fact meets fiction claims and a photograph of a house we sold recently in the area.
‘And why’s that?’ I ask him frostily. I changed it three times before giving F the go ahead to copy scores of them. I also remembered to add the warning paragraph about potential vendors checking terms and conditions before instructing us, if they have another agent already retained. Got to keep the Property Ombudsman happy.

‘I’d think we should have the price we sold number seven for.’ Replies T.
‘New owners get a bit pissy about that.’ I tell T, knowing of several complaints over the years.
‘It’s a matter of record.’ AnswersT. ‘Anyone can check with the Land Registry.’
T is right, but the data takes a while to come through and some buyers are a bit cagey about letting the world know their business - and the transaction is called ‘Private Treaty’.

‘I think this is the best way for now.’ I tell T. I might be wrong, the goalposts have been moved on me so many times, I feel like a forgetful council groundsman. But as we now have several hundred copies of the leaflet I’m happy to take a flyer…

‘It’s starting to chuck it down.’ Announces T, as I come back in to the main office post-piss. F and T are standing by a pile of the aforementioned leaflets. S is manning the phones, B is filing her nails.

Not sure where it goes on the profit & loss account, but I take a rain check.