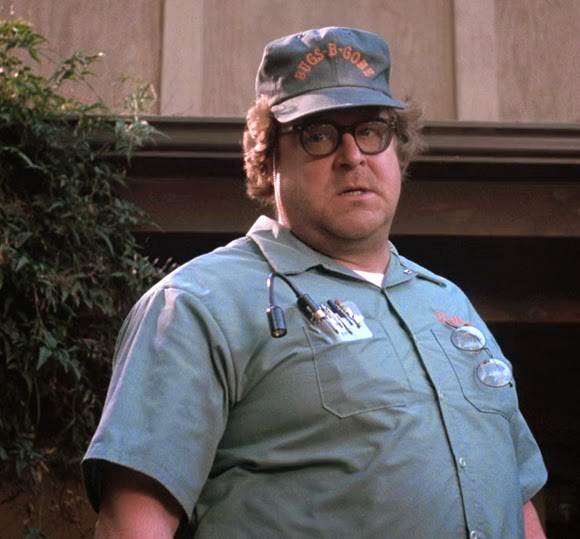 ‘I need a man to come with me.’ Announces loose lettings lush B to an awkward silence. I stifle my inappropriate reply and by an act of immense projected will - and a warning scowl - manage to ensure that nobody else taps in the open goal.

‘Difficult appointment?’ I eventually offer after running several potential answers through my head as a precautionary measure. I don’t need a sexual discrimination claim, no matter how spurious. With the amount of booby-trapped legislation swirling round employing people I really should have paid more attention at school and studied to become a lawyer. On reflection, I’m glad I didn’t say booby-trapped out loud, too.

‘I’ve got to do an eviction for a landlord at eleven o’clock.’ States B, shaking her head. ‘And there’s no way I’m going there alone.’ Momentarily a mischievous inner self wonders if the fact she’s asking for a man to come with her isn’t a tiny bit sexist, but laws often work on the pendulum principle. Correct one injustice and the over-compensation creates another one. I’ve see enough matrimonial home sales to know that.

‘Are you expecting trouble?’ Asks assistant manager T warily. He’s already manoeuvring not to go with B. Those designer glasses and his penchant for expensive suits don’t lend themselves to a filthy flat and a punch to the face.

‘Single Mum, two kids by different Dads, aggressive men friend visitors and a viscous looking dog.’ States B taking up a whole days news content for The Daily Mail.
‘She’s had notice of eviction I assume?’ I ask, knowing already I’ll have to go with B. Some things you just can’t delegate - unless you’re my spineless bean counter boss.

‘Of course.’ Replies B dismissively. ‘But she is holding on to be formally kicked out so she can get re-housed by the Council.’ There was a time when I felt sorry for everyone losing their home, but after seeing some of the deliberately wrecked properties and the way some people abuse societies' safety net, my liberal left leanings have become a bit tarnished.

‘This has to be it.’ I state rhetorically to B as I pull up in the car, at 10.45am. We are nearly opposite an unloved terraced house in the “cheaper” part of town. The windows are peeling, a gutter is at a crazy angle and an overflow pipe is pumping water on to the crowded forecourt. Most of the neighbouring homes have cars squeezed on to what was once a small front garden before boundary walls were demolished. All except the property we are visiting. It has an array of rusting white goods dumped outside and a small mountain of overspilling bin nags. I’m starting to itch already.

‘You got rubber bands?’ Asks B, ferreting in her handbag, past the pepper spray and the rape alarm. I sigh heavily and shake my head. Schoolboy error. ‘Too bad.’ Says B leaning down and fixing a pair of those thick red rubber bands the postman sheds, around her trousers. Now I know why she didn’t wear her usual short skirt and jacket combo. I can almost sense the fleas sensing me, and the itching returns twofold.

‘Is she going to be difficult?’ Asks the bailiff when we are all at the front door bang on 11.00am. The court official has the look of a nightclub bouncer, head shaven and gym-pumped frame straining to escape his clothing. I take a half-step back. He’s the one being paid to take the hits, I think, as the muscled man bangs the door loudly then stoops and yells through the letterbox. A dog starts barking rabidly and I bump into B awkwardly, as she too positions herself behind the bailiff.

‘Wasn’t too bad.’ Says B once the woman, dog and two kids have gone straight to the Town Hall,without any resistance.
‘More than I can say for this place.’ I answer as we survey the spitefully trashed house, detritus everywhere, walls crayoned over in a juvenile hand.
‘I’ve seen worse.’ Replies B with a heavy sigh. ‘You start to hate these people after a while.’ Before I can disagree something bites my ankle sharply.

Avoid being bitten by the housing market and download the ebooks. Links on the right. All formats via Amazon.
Posted by secret agent at 9:22 PM