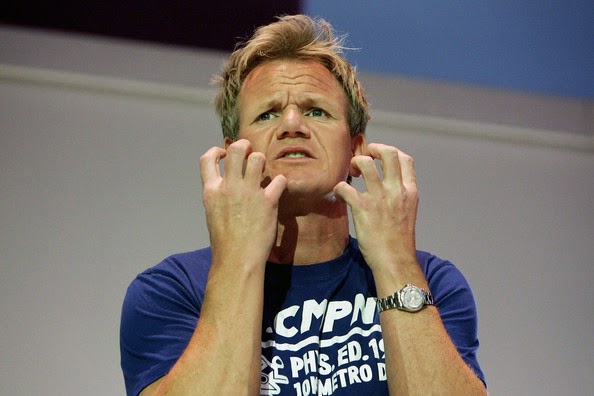 ‘Great news boss.’ Enthuses trainee F as I bowl through the door, glad to get out of the rain. Now I’m wary as well as wet. Experience tells me great news isn’t always as cheering as the term might suggest, plus it’s F providing the information - a man who thought a vendor was a drinks dispenser, when he started the job.

‘Is it really great news?’ I ask S my negotiator. F looks a little hurt but then he wounds me daily.
‘It depends.’ Fences S cautiously.
‘Because?’ I query, shedding drops of water like a spindly greyhound - only slower obviously and with just two legs of course, minus a tail and…. oh never mind.

‘Because it’s an offer on number 19 The Avenue.’ Answers S with a lop-sided smile. There’s no way anyone would compare her to a dog. Not in my earshot anyway.
‘I thought you’d be pleased.’ Says F, hurt look spreading across his face. ‘That depends.’ I reply, removing my raincoat and stalking to the offer sheet. I’m doubly disappointed.

‘There’s nothing on here.’ I tell F frostily.
‘I’ve only just received it.’ He counters. I look at S.
‘He has.’
‘Always write it down.’ I snipe, head beginning to throb. I might have a cold coming. The number of people who’ve sneezed in my car, in their homes, in a lift this week it would be a miracle if I escape without major sniffles.

‘Tell me it’s not the full asking price?’ I say to F and his emerging smile vanishes faster than a free bar at a wedding.
‘It is.’ He responds quizzically.
‘I was about to tell him.’ Adds S with a shrug of her shoulders. Not sure if she realises how distracting that action is but now is not the place to enlighten her - although they are a heavy burden…

‘I don’t get it.’ States F petulantly. ‘I thought you’d be pleased.’
‘I am.’ I tell him, realising belatedly I’ve been a little harsh. ‘But The Avenue only came on the market two days ago.’
‘So the owners will think we’ve done a good job, won’t they?’ Questions F. God, he has a lot to learn about human nature.

I battled hard to win over the sellers of No 19. First fending off at least three other agents, all promising the couple outlandishly high prices and rock-bottom fees. Then, convincing them I would ensure their sale was handled professionally and that setting a slightly full, but realistic price, was the way to get their proposed job move to happen with the minimum of disruption. You’d think they’d be delighted that someone wanted their home so swiftly - you would…

‘What did they offer?’ I ask F, knowing the answer already.
‘Well,’ he responds with a self-satisfied grin. ‘They were going to offer £5,000 less than the asking price but I persuaded then they’d need to pay the full money.’
S drops her head and stares at a file on her desk. I’m on my own.

What F has failed to appreciate is people’s desire to feel they’ve fought to strike a deal. The psychological need to meet in the middle when negotiating, or at least the illusion of it. That sort of thing cements a deal, fosters commitment between the parties and helps people to move - and me to get paid. This is too soon.

‘What would you have done then?’ Asks F petulantly.
‘Assuming you qualified the buyers, checked their finances and ability to proceed.’ I say, noticing his facial response isn’t confirming that need. ‘Then I’d probably have engineered a lower offer to start with.’

‘But you always say we act for the vendors not the buyers.’
‘No strictly true if I’m doing their finance and insurance.’ Interjects mortgage man M unhelpfully.
‘That’s true.’ I acknowledge, ignoring M.
‘Then that’s what I’ve done?’ Counters F.

As gently as possible, I tell F I’d have ensured the vendors received their asking price - just not so quickly.
‘You need to let a deal cook a little.’ I tell him
‘I don’t get it sometimes.’ Replies F downheartedly.
Neither did the buyers.

Last thing the owners withdrew from the market with the words:

I'm selling too cheap as well, so eyes right for the links and grab a download on Amazon..