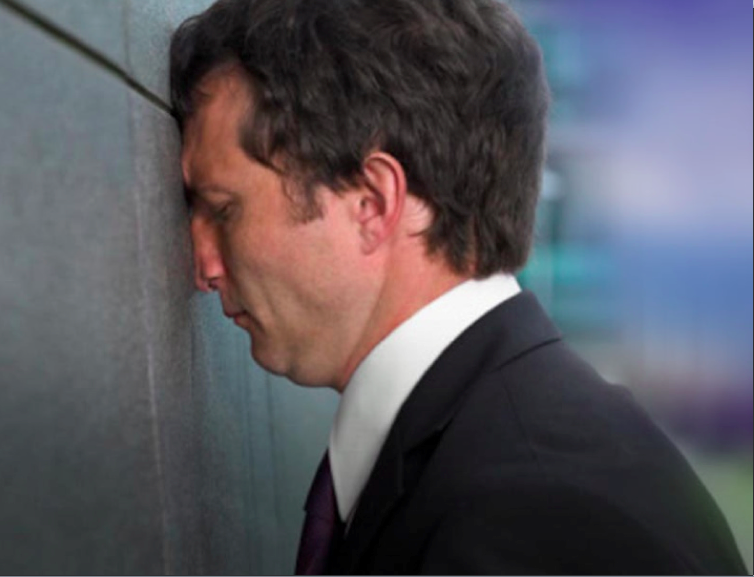 ‘Everything okay?’ I ask as I come back to a quiet office and a glum looking T, my assistant manager.
‘We’ve had two more offers.’ Replies T with less enthusiasm than I’d prefer. Just like that time two aggressive drunks accosted me on a narrow walkway behind those council flats, I sense a problem.

‘Which property?’ I ask warily, already knowing the probable answer.
‘The cottage,’ says T. ‘It’s always the bloody cottage at the moment.’
‘Any chance of a mortgage placement?’ Asks fat M our financial advisor M, waddling back from the gents’ toilet for at least the third time this morning. I dread to think how his lower intestine looks, his gait across the office resembles a peristaltic movement.

‘It’s cash buyers only!’ Shout T and negotiator S in unison. S doesn’t often get angry but when she does her breasts heave most distractingly. There should be an adult’s only warning on her desk, perhaps one of those red circles the film censors use with the figure 18 in the centre - or maybe it’s just me…

‘Alright. Calm down.’ Respond M, fat jowls flapping alarmingly. Please don’t say it, I think, moments before he adds, not for the first time. ‘A man has to eat.’
He see-saws back to his office leaving the faint aroma of cheap cooked fatty product I get when I succumb to a sausage roll from Greggs.

‘He’ll still have to qualify them.’ I tell T ruefully.
‘Not much point they both need massive mortgages and there’s no way they’ll get them on that place.’
‘You’ve told them that, obviously.’ I say to T.
‘Obviously.’

The cottage in question is the sort of dilapidated home couples with more desire to have their fifteen minutes of fame, than to save a decent deposit, end up drooling over on those ghastly property based television programmes that proliferate on daytime television. And as for the so called property ‘expert’ presenters, well lets just say - they are not.

To my certain knowledge the cottage requires at least £50,000 worth of updating, new wall ties on one elevation and some underpinning to the poorly constructed rear extension. I advised the beneficiaries to take it to auction, for a binding contract and the right sort of buyer. One son of the deceased agreed, the two other siblings wanted the ethereal promise of much more money if some mug punter could pay over the odds and find a dodgy lender.

‘They are just greedy.’ Says T disdainfully, referring to the battling beneficiaries. By the state of the cottage none of them helped out with the late mother’s cleaning and maintenance needs.
‘That’s just families.’ I tell T, as we discuss the best way to present the offers to the trio. There’s a sale in progress already, one arranged at a figure they weren’t over-enamoured with, but to a cash buyer, fully aware of what they were taking on.

‘Is there no way we can just lose the bids?’ Asks F, my intellectually-challenged trainee, joining the discussion.
‘It’s illegal.’ Parrot T and S in unison again. I hope T’s not doing anything else in tandem with her.
‘But there’s no way they’ll ever buy the place,’ persist F. ‘They’ll just trash the other sale then pullout three months down the line when they can’t get funding.’ From the mouths of imbeciles, sometimes comes sense. Sometimes.

M is going to need to confirm the two ill-informed buyers’ finical arrangements, something they won’t take kindly to, then I’m going to need to explain to three barely communicating siblings why an extra £10,000 or £15,000 respectively isn’t worth a hill of beans, if the buyers ultimately can not proceed.

‘My sister wants to take the extra £15,000,’ Says the more reasonable brother mid-afternoon. She won’t get it, I want to scream, not even her third of it.
‘You’ll tell the other buyers won’t you?’ States the brother.

To save property problems, download the ebook it's cheaper than trying to ring your solicitor...