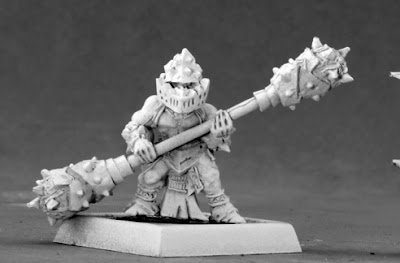 I can pinpoint the source of infection even though I didn’t get the instruction. Pretty sure some sort of finicky Data Protection legislation stops me from naming the family and their home address, but I have the germs to prove it.

‘He’s off school with a cold.’ The mother told me as her son sneezed towards me for the third time without raising his hand to his mouth.
‘There’s a lot of it about.’ I replied, knowing I couldn’t afford to point out her snotty brat had no manners, if I wanted the run-down house to sell. Little git probably doesn’t write thank-you letters, sits when old ladies are standing on the bus and doubtless is allowed to eat his dinner sat in front of the giant flat-screen television, I’d thought prissily.

If you are going to turn into your parents, I’ve decided on balance, it’ll be my mother. Some of the post war ethics and manners have stuck despite the punk years of rebellion and injudicious spitting during concerts - before the health risks became apparent. In retrospect, placing your hand over your mouth as you pogoed to The Stranglers might have marked you out as a middle class interloper faking the anarchy anger, but I’d have been in good company.

‘You should go home to bed.’ Advises S my negotiator sweetly. A Lem-Sip blurred vision, not helped by partial deafness in one blocked ear, has me briefly imagining it was an invitation rather than a recommendation. Reality dawns as another percussive sneeze bursts from my nose, echoing round the office despite my, now spattered hand’s best efforts, to block the germ spray.

‘Can’t afford any time off.’ I say in an oddly detached voice. The inner ear infection isn’t helping my balance and I nearly went arse over apex down the car park steps earlier. I’m pretty sure the Big Issue seller I try to avoid, was laughing as I did a baby giraffe impression down the incline, only just managing to stay upright by dint of waving my briefcase around like some faux leather counterbalance. He may have said: “F***ing estate agents”, but like S’s last suggestion I might have misconstrued.

‘You look like death.’ Says assistant manager T unhelpfully as he comes back into the office. My desk drawer is open as I search through more half-used pharmaceutical products than an entire mid-African hospital could muster. I’ve inhaled more menthol than a chain-smoking Sterling Superkings addict and my teeth have a sticky synthetic cherry coating I’ve sucked on so many Fisherman’s Friends.

‘Bloody public.’ I rail as I tilt my head and a seeming torrent of fluid sloshes in my ear. ‘If they’re not giving you grief, they’re giving you viruses.’
‘You’ve got it bad.’ Says T ambiguously. He doesn’t know the half of it. My phone line rings, at least I think it does. I glance plaintively at T and he nods.

‘Yes?’ I say to nothing but a fuzzy noise reminiscent of when television programming finished before bedtime. T points to my other ear and I swap the handset over.
‘It’s the bean counter on line three.’ Says S apologetically. Terrific. I have a thumping in my head like some insane overwrought 1970s drum solo and now I’m about to be criticised for my office sales figures. Bang out of order.

‘Whoa there, not sure you are supposed to do that.’ Admonishes fat mortgage man M as he walks in on me in the gents’ toilets. I’m not feeling that well, yet. Instead, I’m ramming a cotton bud into the side of my head with ever-increasing intensity. I know it says: Never Insert In Your Inner Ear on the tub but if you no longer have a baby what else would you use them for? Might as well stencil: Never Place In A Body Cavity on a box of sanitary products. Ridiculous.

‘I just want to burst the bubble.’ I say plaintively.
‘You and all those losers on the House Price Crash forum.’ Chuckles M. before entering the cubicle and seconds later unleashing the most monstrous of farts. I heard that, even through a clogged, fluid-filled membrane. The smell is deeply unpleasant.

Take a free, not to be sneezed at, trial peek at the ebook with this Amazon link:

Correct and corrected anon - nice to know somebody is reading it....
S.A.

A nod to HPC - you must be eager for more readers!

The HPC will always guarantee more traffic! You should see if they will pay you to put a link to their forum on your blog, mutually beneficial!