Over To You Danno - Tuesday 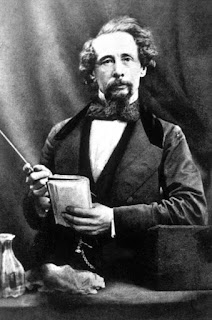 ‘Oh great.’ Grumbles assistant manager T, here comes that bonehead with the books.’
I look through the window to see the object of his scorn, a man in late middle age with an admittedly naked bonce. His head is glistening with sweat as he attempts to traverse the traffic while balancing a large box in his arms. Behind him his ancient Ford is parked on the double yellow lines, hazard lights winking an invitation to the nearest traffic warden. They won’t be far away as it’s not raining.

The man has the look of defeat in his eyes before he starts, the sort of demeanour you see in British footballers every World cup. Many people think estate agency is a loathsome lot, what with opprobrium of public and commentators alike, but try selling leftover books to apathetic office workers who have moved on to iPads and Kindles. It would be easier to flog quill and ink sets.

‘I don’t know why he bothers.’ Continues T as the man takes a half step forward, then retreats to the far pavement as a lumbering lorry thunders past and the light fittings and floor joists rattle again. Full repairing and insuring lease with upwards only rent reviews. God bless you group legal…

‘Oh he’s quite nice really.’ Counters S my big-hearted, large-breasted negotiator. She always manages to be uplifting, I think warmly, as I wonder idly if she has a penchant for the more mature man? She rather ruins the daydream, as the bookseller leaves the sanctuary of the kerbside, by adding: ‘He reminds me of my granddad.’

‘I haven’t got time to read books. ‘Says T scornfully. He doesn’t buy a paper either, but he’s always pinching mine at lunchtime. My timing has never been great, something my wife will doubtless endorse. Too late to be a partner cashing in when all the financial institutions overpaid for estate agency chains, and an aspiring writer just getting the hang of it when the industry collapses due to free content and illegal downloads. Just as well I didn’t buy that guitar.

‘He can’t make enough money to live off doing that job.’ Posits T as the man approaches and I see his hangdog look miraculously replaced by a cheery demeanour straight out of a 1980s sales seminar. He’s faking it like everyone else.
‘Just be nice.’ Says S to T with a steely stare. ‘He can leave the box and you’ll probably be out when he comes to collect any orders anyway.’
‘There won’t be any orders.’ Counters T accurately. ‘Who wants end of run cookery and reference books when you can get all that stuff on-line?’

T is right, nobody with a router wants a set of encyclopaedias in a Wiki-world. But then, who would employ the world-weary man in any modern, digital industry? I see the sad CVs most weeks. One’s where they’ve taken out the schooling dates to try and fool the recruiters and even shortened the career history to show just the last ten years. But you know, you just know. The Government need people to work until their late sixties and few worthwhile employers want to recruit anyone over thirty-five. I can’t afford for it to be me trying to shift literary units. Except in an e-book format of course….

‘Morning everyone.’ Announces the man with teeth-grindingly cheeriness. I saw his face moments earlier. It was a bottle-top twist away from a whole pot of paracetamol.
T turns his back on the man callously. B in lettings picks up a line that wasn’t ringing, leaving S to feign interest in the motley selection of hardback books with garish photos and unknown authors on the cover. I walk over to join her.

‘Got some good titles this month.’ Says the man with admirable enthusiasm. I’m almost convinced. Then in the background I see the traffic warden approaching his ancient Mondeo.

‘I’ve never heard him swear before.’ Says S in surprise, as the man bounds through the traffic to plead his case. I’m willing to bet he spits a few expletives out in the privacy of his, now ticketed car. I’ve started to issue it, sir. The appeals procedure is on the reverse.

Hawaiian shirt and holiday so if you miss me take a look at the all-new ebook here: