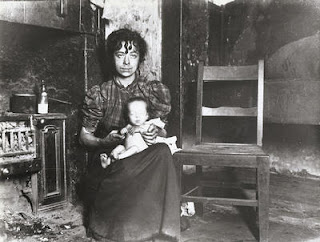 ‘F***ing tenants!’ Exclaims lettings lush B with venom, bashing the phone down with maximum velocity. Momentarily I think it’s a summary of her week, as she’s rumoured to have screwed a few - and not just on their security deposits - but I catch the look in her eyes. Tears aren’t far away.

I should reprimand her over the expletive still bouncing round the office, but as nobody has come in for the last thirty minutes and as she’s about to start sobbing I decide against it. Who said estate agents have no empathy?

‘What is it?’ I ask, despite the inner voice telling me to not get involved in more emotional turmoil. When I made branch manager nobody told me I’d have to be psychiatrist, social worker and salesman all rolled in to one.

‘These people I deal with are the scum of the earth.’ Spits B, swallowing hard. Another scurrilous inter-office story enters my head unhelpfully and I have to gulp down myself. Laughing when you should be empathising is never a good thing and B has a viciously sharp letter-opening knife in her top drawer.

‘Naff tenants again?’ I ask needlessly and she sobs an affirmative and says.
‘They don’t deserve to live anywhere. Scumbags.’
‘What is it this time?’ Asks negotiator S from over my shoulder. Id’ much rather be comforting her but she seems to stay on a more even keel, which given the size of her tits is quite an achievement.

‘Trashed the flat, in arrears, Environmental Health have been called and the landlord thinks it’s my fault.’ Answers B emotionally. We always get the blame. I think glumly, whether it’s prices climbing, price falling or rats infesting. B doesn’t discriminate; she hates all tenants equally and thinks they should sleep in the gutter. But with two sons growing up fast and needing their own accommodation, I’m painfully aware the next generation need to live somewhere.

‘Now he expects me to go there and do a report on the mess.’ Sniffs B. ‘I did all the references properly, it’s not my fault they turned out to be junkies and hookers.’ She continues angrily. Don’t get too involved, urges the inner voice as B pulls a box of Man Size tissues from her drawer and I see the letter knife glinting menacingly.

‘I’m not going there on my own.’ B announces in between two snotty trumpets into the one tissue. ‘I don’t feel safe.’ She adds knowingly. That’s me done, I think sourly. The company standing orders allow the female staff to play the personal safety card at will. Sadly there are too many nutters out there wanting to do damage to pretty property professionals and our rules mean you need to be a bit of a prick to take the hits. That’ll be me then.

‘Is this it?’ I ask warily, as B and I stand on an ill-lit landing in a cheaply converted Victorian property, now housing several one-bed flats. The grubby prams and battered bicycles in the downstairs hall told a tale about the economic group most of the occupants inhabit and the smell attaching itself to my suit jacket confirms it. Another dry-cleaning bill coming my way and even before B has turned the key in the lock, I’m starting to itch.

‘You’re wasting your time there.’ Calls a female voice from behind us. I turn to see a fat woman in the next flat’s doorway dressed in baggy sports leisure wear. She’s clutching a dribbling baby on her well-padded hip and a toddler is peering round her bulky thighs, while sucking on a Chupa Chups style lolly. God, I despair of humanity.

‘Not around any longer?’ I ask neutrally, as the B opens the door and the smell intensifies tenfold.
‘Pissed off two weeks ago and good riddance.’ Snarls the young mum, who seems a little too articulate for the Jeremy Kyle show slot I placed her in moments earlier. ‘It was me what called the council.’ Adds the well-fed woman. ‘I can’t be doing with whores and smackheads with me kids on the same landing. I’ve got standards.

You and me both lady - I’ve just compromised mine.

How to climb the housing ladder with the property ebook, take a free peek here: