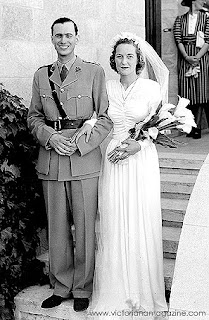 Occasionally I like to do a run of viewings, it’s almost relaxing after the ultra-competitive environment of valuations where you are up against several accomplished bullshit artists in better cars and pricier suits.

You can’t really hard sell on a viewing. Even if you did there are several weeks for solicitors, family and surveyors to persuade the punters to change their minds. It’s a much more subtle process, possibly why female negotiators who bring nuances the males are oblivious to, seem so good at it. Creating the desire to own by gently highlighting the salient features, mentioning in passing the scarcity of similar homes and possibly the people who are due to view next.

Of course you still get the time-wasters. The weekend viewers looking for redecorating, design and fitted kitchen clues. The nosey neighbours and the dreamers who want to see what can be bought for the sort of price tag they’ll never afford, short of a lottery win or a sexual discrimination payout. And there’s the downsizers…

‘Oh no this will never do,’ whines the early sixties woman, in a voice that could cut diamonds. ‘Much too small for my dining room table.’ Her hangdog husband who looks as though he’ll be lucky to make it through the conveyancing process, glances at me wanly and shrugs a hint of an apology.

‘It’s a fairly good size room for the price range.’ I counter to a frosty look from the dragon-lady. What I want to say is: You can’t expect to pocket half a million, move closer to the shops and library and still fit your f***ing crabby table and chairs in there, you haddock-faced old cheapskate.

‘I’ve seen enough.’ She continues curtly as I rue my decision to sign out several sets of keys when I could be back at the office looking at negotiator S in that new over-stuffed blouse, defying the laws of gravity.

‘I hope the next one is more spacious.’ Wheedles the woman as I turn to mutter an apology to the vendor who has come home from work early especially to accommodate us and has, unlike many, even vacuumed and tidied round. Viewers like this lady from accompanied hell, can cost you instructions almost as quickly as no viewings at all.

‘Nothing we’ve seen so far is a patch on our house Trevor.’ She moans as I pull away. They wanted to be picked-up, and of course ostensibly the company car is provided just for that. In reality we hate having punters in the motor with us. The kids make a mess, the pensioners’ smell of Dettol and death - and the smokers just stink.

I look at Trevor in my rear view mirror. I could almost pity him if it wasn’t for the fact he’s wasting my time, is a complete spineless wimp who should just take her to a furniture store - and wasn’t called Trevor.

You don’t buy a home on the strength of attachment to a forty-year old table and chair set, at least you shouldn’t. But countless wanabee downsizers fall in to the same sentimental trap. The only way Trevor is leaving his current pad is horizontally. It’s a pretty safe bet his widow will reconsider the need for eight place settings once she’s scoffing ready meals for one. But you can’t tell them.

‘If you put your own home on the market, you’d be in a better position to clinch the right smaller property when it comes along.’ I coax, getting to the real reason I’m here and not looking at a pert pair and a sagging balance sheet. The couple are typical of the type. Expecting the pick of any new instructions but unable to perform and unwilling to take the steps to make them a credible buyer.

‘You would say that wouldn’t you?’ Sneers Trevor’s ball and chain, as I wonder what he ever saw in her? Perhaps time and disappointment have soured her beyond recognition from the faded sepia wedding photographs.
‘She won’t be bounced into anything.’ Says Trevor apologetically as I try to banish an inappropriate image – unsuccessfully. And then she says it: ‘You lot just want a quick sale.’

So, from the previous couple of blog posts we can glean S.A.'s view that the problem with the UK housing market lie with baby boomers and those slightly older (war babies?).

Instead of mad schemes to re-inflate the housing bubble with crazy lending, we need to spend a couple of million re-educating/labotomising the elder generations!

Hmmmm, I think your suggestion is maybe a bit extreme Mr P. Although lobotomies are fun :).

Maybe we could get them all to go and buy property in goa as it's cheap and there is plenty of space.