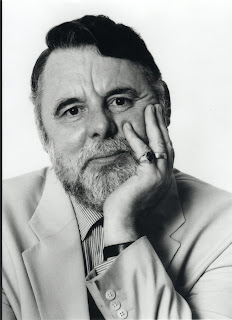 ‘Just leave me alone.’ I shout at the car headlining, like some overwrought film starlet. The mobile phone has chimed three times on the trip back to the car park. I have an almost physical hatred of the device and the absurd bluetooth headset that I can’t get on with and makes me look like a miscast nightclub bouncer.

My yelp of anguish echoes round the cabin and the woman struggling to parallel-park her Toyota Yaris next to me gives me a suspicious look, then backs out and heads for a more acceptable space. It’s not the first suspicious look I’ve had this morning and I suspect my bean counter boss, who is one of the missed calls, is framing a similar frown, as he never seems to believe I should be busy enough not to take his call – I guess he does see the office statistics though…

‘Bloody public, the job would be fine without them.’ I mumble in a familiar if erroneous refrain, as I exit the car and another stabbing pain courses its way down the sciatic nerve. Briefly, I toy with actually taking my wife’s advice and finally making a doctor’s appointment. Obviously I dismiss it as readily as the last two valuations I’ve just been on, dismissed me.

‘Oh no I couldn’t possibly sell for that figure.’ The woman at the first abortive appointment had opined dismissively. I’d spent forty minutes in her frosty company, on top of the pre-valuation preparation obtaining comparable property sales data, compiling a presentation pack and printing off supporting documentation. She swiftly decided that mattered not a jot. Apparently you can ignore fiscal forces, established values, lending restrictions and reality if you are greedy and want a new home in a better area with enough change for a world cruise. Of course you can’t - but telling someone that doesn’t always win new Facebook friends.

‘Spare some change for a cuppa?’ Whines a wino, as I cross the park with an ungainly hobble and I think of the second failed valuation while brushing off the beggar. The whiskery man no more spends his takings on tea than I spend my time with people I would actually like to add as friends, assuming I did do social networking. If I wanted to be Linked-In I’d buy some handcuffs.

My mobile beeps again and the message callback digitally hassles me, as I spot the traffic warden and another agent ahead. Everyone wants a piece of me and I’m yearning for some time in solitary - obviously without being chained to a radiator.

The other valuation had been as dispiriting as the first. The thirty-something couple barely exchanging glances, let alone fluids, thought they were separating until I arrived.
‘I need much more that that to make it work.’ Grumbled the man as his soon to be ex looked at us both with distaste. As if I forced them to pay over the odds for a shrunken square footage, timber frame construction and a view of the car park – actually on reflection I may have done, but that’s mere detail. The mortgage three months in arrears wasn’t helping either.

‘You’ll have to do a lot better than that.’ The woman finally sneered as though I wanted to buy their pokey flat, with about thirty grands worth of negative equity and climbing. They might not be sharing a bed for much longer but I’m guessing they’ll be financially together long after the wedding rings have been sold or slung. I’ve seen it all before.

‘How did it go?’ Asks fragrant negotiator S as I enter the office trying to loose the hobble and the beer belly. Sadly, she’s the only one so far today who doesn’t want a piece of me.
‘Dreamers and wasters.’ I tell her gloomily as she nods her head towards the message book.
‘You might want a coffee before you deal with that lot.’ She says gently.

What first? Ring the bean counter, tackle the buyer who wants to renegotiate price after a survey, or placate the vendors threatening to pull out of a sale if the chain isn’t ready to exchange in time for their daughter’s wedding?

Had you ever thought of changing 'profession'. A lion tamer perhaps?

Greedy old person, and those that bought at the top of the bubble. I don't think either are gonna get their satisfaction any time soon, so more disgruntled customers for S.A. to bear!

Very very funny. Made me laugh out loud a couple of times, especially at the stupidity of people who think that the current economic climate affects them only.

I have been meaining to ask you for a while. How do you feel about offers that clearly reflect what a property is worth, even though they may be WAY under the deluded aksing price. I am not talking about people who cant afford something, but where a property is clearly overpriced (possibly due to a vendor or greedy agent). Do you use it to your full advantage to get the deluded vendor down, or do the 'buyers' still get treated as timewasters. I ask because I may have been considered to be a timewaster, but once the eventual sold price rears its head on the land registry it reflects exactly what I thought, and am therefore vindicated.....I guess this happens a lot when people keep changing agents, thinking its the agent when its just the price!

Anon.
A good agent knows what most homes are worth. Owners may not want to listen but the market decides eventually. You just need to find a good agent...
S.A.

Another excellent post and some good comments to. I look forward to reading your next one. Thanks

You’ll have to do a lot better than that.’ The woman finally sneered as though I wanted to buy their pokey flat, with about thirty grands worth of negative equity and climbing.