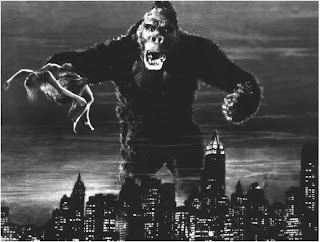 Lettings lush B snaps at trainee F for something innocuous, and the office chatter falls silent. Now, I’ve chastised the fool more times than I care to remember, but one thing I learnt early in my sales career is, criticise in private, praise in public. It’s a shame my bean counter boss doesn’t subscribe to the same school of management.

‘That was a bit harsh.’ I tell B, when F has skulked away like a whipped dog.
‘No it wasn’t, ’she contradicts irritably. ‘He’s a f**wit.’
‘I wouldn’t say that.’ I counter lamely. I have and probably will again – just not to an office of people.

B laughs at me dismissively, as I rue the slightly tortuous management line that has me ostensibly in charge of, not only residential sales, but her and fat finance man M. The reality is they report to their own management channel, making for a thorny in- office situation. Particularly when she’s pissed, or pissed –off over another failed relationship.

When you deal with break-up sales all day long you get an insight only clergy, lawyers and psychiatrists are privy to. Infidelity and irreconcilable differences drive the market as consistently as death, no matter what the economy is doing. It’s why I may not be a churchgoer, but I regularly pray for a few more divorces and some cold snaps, when the deals dry up.

‘You’re a hypocrite.’ Accuses B spitefully, lips quivering with anger, or possibly emotion. With her you’re never sure if it will be vitriol or tears, next.
‘I’m not.’ I respond weakly, as heads go down - apart from M who continues eating noisily. The fact is I’ve hated hypocrisy from an early age. The duplicity of saying one thing and doing another hurt from the day my father left, right through the angry punk rock phase up until I had to start selling endowments. Junking principles in favour of keeping a roof - or a job - is part of growing old I guess.

‘You are,’ continues B. ‘You know he’s a useless wanker.’ I know nothing of the sort, in fact I’ve speculated otherwise. ‘And you know he’s a liability. Has the intelligence of an amoeba and the attention span of…’ And now she’s starting to breath heavily and an embryonic sob is bubbling up.
‘A goldfish?’ offers M unhelpfully, through a spatter of chocolate-chip pieces.
‘Yes,’ snaps B in agreement before tottering to the ladies’ on unsuitable heels. ‘A f**king goldfish.’

An awkward silence descends, broken only by M’s rhythmic mastication.
‘Whoa,’ says negotiator S eventually, with a shrug of shoulders and that distracting ripple of breasts. ‘What’s eating her?’
‘Nobody at the moment.’ Chortles M, face still buried – rather unfortunately – in a muffin.
‘That’s gross.’ Says S primly, before looking to me for instruction. In the absence of any, she asks. ‘Should I go to her?’ I nod in relief. The last time I was in a ladies’ toilet it didn’t end well.

‘She’ll be alright.’ Concludes M tersely, wiping crumbs annoyingly across the spare keyboard terminal. ‘She’ll just get pissed and hang around a singles bar until she picks up someone,’ he hesitates, piggy eyes glistening. ‘Or something.’
Much as I hate to admit it M has a point. Like those other divorcees, B’s standards – and underwear - continue to slip in direct correlation to her age. Blokes they wouldn’t have bothered with - let alone blown - seem to get face-time once allure starts to fade. Unlike old buildings, a crumbling façade doesn’t hold a premium where dating is concerned.

I silently bless my own longevity in the relationship game as the phone sounds and assistant manager T takes it. B has been round the block more often than the municipal dustcart and I have a horrible feeling she’s carrying a similar bubbling cocktail of germs and fledgling viruses. As far as I know, she’s never shagged a monkey – but she’s done a few apes.

I don’t approve, but then ultimately we’re all touting for business.