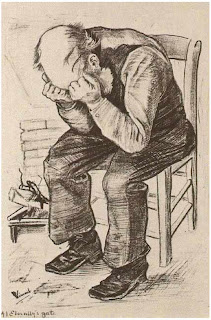 In to work first and before the alarm has stopped trilling I notice the answerphone is blinking like a robot with conjunctivitis. I traipse towards the machine as the chime from the alarm falls silent and the soft insistent beeping of the tape machine takes over. LED light flashing rapidly.

It could be good news, might be multiple offers from the weekend, but a quick scan of the message book tends to indicate a different type of property storm is brewing – a far from perfect one.

One after another, I read the calls and call backs I have accrued by taking a day off while some pissed-up prats have gone on a wrecking spree. Who knows what the allure of an estate agents board is to a drunk but clearly after a few quarts of White Lightning our poles are as seductive as a topless dancer - and a lot cheaper to get your hands on. Not sure if they visualise a semi-naked lady sliding down the 4x2 as they uproot our advertising flag and abuse it horribly, I’ll leave that for the psychologists, but something primal is going on.

‘Morning boss.’ Calls trainee F as he bustles through the door, tie round his shoulder hair dishevelled, shoes in need of a polish. I grunt a reply and continue reading the litany of complaints generated by the vandalism spree the pissheads have gone on.
‘Everything alright?’ Asks F showing more perceptiveness than usual – unless he has splinters in his hands still.

Dejectedly, I relay the emerging story as the rest of my team troop in and gather round, of how at least five of our for sale boards have been uprooted from gardens, gates and borders and re-distributed round the borough, in what through beer goggles must have seemed hilarious new positions, but through my jaundiced eyes seem just wanton.

‘I’d like to catch one of these little f***ers doing this.’ I snarl, breaking my no swearing rule.
‘Trouble is it would be a whole gang of them.’ Soothes negotiator S, her blouse heaving in what I take to be sympathy.
‘And they’d be steaming drunk.’ Adds assistant manager T, as lettings lush B staggers through the door and I look at her suspiciously, then resolve to check her manicure later.
‘Plus they probably hate estate agents.’ Contributes fat mortgage man M in between chewing motions on a breakfast bap. He doesn’t think of himself of one of us – twice the man I’d guess.

‘And look at this,’ I fume indicating the hurried scrawl of our weekender. ‘Apparently they’ve been shoving the boards through people’s fences and breaking them. What sort of arse gets a kick out of inserting wood through a flimsy panel?’ M’s bacon-sprayed George Michael and a gentleman’s toilet stall joke doesn’t improve my mood.

‘Surely they can’t think it’s your fault?’ Questions T naively after my third call to an irate homeowner, two of whom weren’t even selling through us. Like a soggy Dutch boy with his finger somewhere futile, I’m being overwhelmed as further calls come in revealing, Google map-like, just which direction the vandals meandered as they sought out taxis and kebabs before vomiting on someone’s doorstep. I wonder if the traffic cone manager has mornings like these?

‘This woman wants us to pay for new fencing.’ I say dejectedly as I steel myself for more vitriol. ‘We didn’t ram our flag board through her larch lap.’ Persists T doggedly. ‘Just because it’s got our name on it doesn’t mean we’re responsible does it?’

T has a valid point, one I formulate in my mind as I resolve to make the calls sooner rather than later and run through a defence involving Boeing aircraft and the Twin Towers, but jettison it as tasteless.

‘You people are all the same.’ Rages an irate homeowner, one who probably hasn’t moved for at least a decade but still remembers her hatred of the process.
‘It’s really not my fault some thug has damaged you property.’ I soothe in dulcet tones designed to placate.
‘You just couldn’t care less.’ Shouts the woman demolishing my caring demeanour mode. ‘I want to speak to someone in higher authority.’

Me too lady - but God isn’t listening.

Isn't listening, or is trying to tell you something?! ;-)

Prices some of the t**ts round here expect, I'd be tempted to daub a derisory financial offer in marker pen on the boards before hurling it through the offending windows.

So how much does a 'lost' sign set you back these days?

I don't understand the drunks either....I would much prefer to see a sign rammed through a smug estate agent than an old ladys fence, much more satisfying (a bit vampire esque). Remind me do estate agents have shadows?

Anon - Boards are not cheap and we pay for each time one is moved, or a slip attached. So have a heart - I have a shadow, it's just nobody knows who is casting it...
S.A.