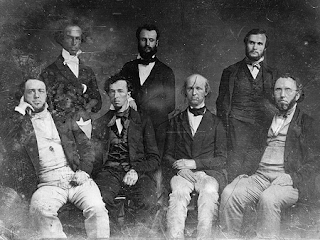 I’m sitting at assistant manger T’s desk. He’s out on a valuation. I’m enjoying watching what happens in the office and not minding watching negotiator S either. Her blouse is struggling to contain her enthusiasm almost as much as I am. Then as a youngish couple leave lettings lush B’s desk and exit the office, she bounces up and goes over to quiz B.

‘Were they any good?’ S asks the tipsy nymphomaniac. She saw the pair before she moved them – reluctantly - to lettings, having established there was nothing on the sales register within their price range.

‘Can’t afford much per month.’ Slurs B flatly. Her afternoons aren’t so good any more on account of the alcohol. And her mornings not too chipper, on account of the internet dating pressure to put out after the first Harvester meal and shared taxi fare. I sometimes envy B’s ability to daytime drink with casual abandon. The risky sex seems attractive too some days, until I remember that in matrimonials the wife nearly always gets the house.

‘They seemed such a nice couple.’ Chimes S naively.
‘Nice doesn’t cut it financially.’ Snipes B sourly. ‘I’m going to need a guarantor, assuming their references check out.’ And finally S’s perkiness sags a bit as she traipses back to her desk, face creased in concentration. I wait and watch.

‘Do you think we’re going to end up like the Europeans?’ She eventually asks the room. Momentarily I’m thinking of a common currency and those Euros I have left over from Spain last year. Perhaps if I wait long enough they’ll buy a couple of part-finished houses in a field just outside Dublin. But S is thinking on a broader level, something not many others are.

‘What you mean with Frog’s legs?’ Chuckles trainee F.
‘Or sour Krauts?’ I add, unable to help myself.
‘Czech mates?’ Adds B woozily, before fat mortgage man M contributes a conversation-stopping, borderline inappropriate. ‘ I’m a fan of Romanian tarts.’

We all look askance at M as he shrugs his meaty shoulders, then waddles to the kitchen. That man will eat anything

‘No I meant there was that survey,’ continues S throwing M’s departing frame a witheringly dismissive look. ‘They reckon only a third of potential first time buyers think they’ll ever be able to afford to buy their own home.’

I’ve seen the survey, one of a raft of conflicting property-based, part-speculation, part figure-interpretation outpourings the media seem to crave with an appetite more voracious than M’s - despite the damage it causes. Sometimes you can have too much information. But the genie is out of the lamp.

In the absence of any punters, physical or telephonic, a conversation rolls around the office. I pontificate about conflicting interests and the drivers behind seemingly benign surveys. M, mouth full of biscuit, rejoins and reminisces about the days when lenders would advance a liar loan to anyone with big balls and some company letterhead paper. Meanwhile, B tries to convince us we’ll all be working for her in another five years. F just looks bemused.

‘Unless something gives.’ Says S. ‘People my age will be renting or living at home until they’re ancient.’
‘Yeh,’ agrees F, finally contributing. ‘Until they’re like forty, or whatever.’
Sometimes I rue the passing of the days. Times when you didn’t have to work Saturday or Sundays - and you could punch imbecilic staff for reminding you of your advancing years.

Awkward silence over, the discussion continues, mostly without F. There’s a belief in some circles the market is indeed going through a once in a lifetime sea change. Where property ownership reverts to a Victorian-style privilege few can aspire to without a death in the family. Another less expounded theory, enthusiastically endorsed on some of the gloomier forums, is that property still needs to fall dramatically.

‘Nobody wants a double-dip.’ States M, as he dunks a crumbling chocolate digestive into the cuppa he’s made without offering to brew for anyone else. With my own children hoping for a windfall - or possibly me to fall - I’m not so sure everyone would agree.

I'm sure your offspring want to keep you around longer than you think SA! Enjoyed the Irish property quip, I'm seeing a lot of Irish professionals move over here in my line of work at the moment. Keep smiling.

"Another less expounded theory, enthusiastically endorsed on some of the gloomier forums, is that property still needs to fall dramatically.

‘Nobody wants a double-dip.’ States M, as he dunks a crumbling chocolate digestive into the cuppa he’s made without offering to brew for anyone else. With my own children hoping for a windfall - or possibly me to fall - I’m not so sure everyone would agree."

In all seriousness, I don't really see why FTBs should be any more pessimistic than a couple of years back.

All I could do then was watch the prices disappearing off into the distance. Now at least there's a reasonably stable target to aim at for a deposit and earnings.

Maybe one day estate agents will realise that its volume that counts, not over inflated prices to win an instruction that never produces a SALE. A local agent has a blog on their site dedicated to telling vendors to price sensibly to get a sale. Guess what...most of thier property ins't. Only agents to blame I guess, convincing joe public that high is good.

Almost bought a house a few months ago, from what i hear the eventual buyers tried to gazunder..lets wait and see if they got less than i offered, i hope so lol...greed greed greed.....

It's not so gloomy, after all house prices falls are great for many people. Probably you included!

Do you read the "gloomy forums" as much as some of the gloomy read your blog?

Love the post and excuse the financial advice question, but how / where you do you get 4.5% tax-free interest ?

I'm going to ride this joke out as well.