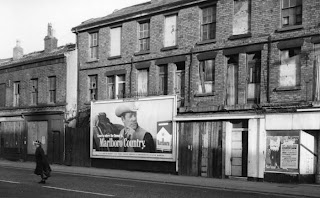 ‘So what do people get exactly from Stamp Duty?’ Ventures trainee F cautiously. It’s good he keeps asking - I just wish he had a mental capacity slightly more retentive than the average kitchen sieve.

‘Ripped off.’ Says assistant manager T angrily.
‘Maybe some of the money goes towards social housing?’ Suggests negotiator S with what, if it weren’t for her enormous breasts, would be annoying naivety.
‘You’ve got to be joking.’ Mocks mountainous mortgage man M. ‘It’s just an excuse to raise revenue.’

‘So they don’t actually get a stamp then? Questions F, as if there might be some bespectacled philately collector at the Inland Revenue, fastidiously using tweezers and a scrapbook for each property completion.
‘Don’t be a twat.’ Says M scornfully. ‘It just means they’re treading on the soft touches again. Stamp, get-it?’

F looks at me for guidance as something at the back of my brain tries to match useless information to relevant stuff. It’s a painful process. Finally, with all the subtlety of a failed double-de-clutch - pre synchromesh - I remember a fact. At least I think it’s a fact. After that miserable showing at the last pub quiz where I thought Martin Peters scored the hat-trick and all the students Googling in real-time, not only knew it was Hurst, but how many people were at Wembley, I’m not so sure.

‘I think they did actually put a stamp on the conveyance at one time.’ I tell F hesitantly. It’s plausible.
‘Like some clerk in one of those old writers books?’ Asks F, eyes suddenly engaging.
‘Do you mean Dickens?’ I respond mildly impressed, only to see the light fade immediately as the idiot replies: ‘I was thinking Roald Dahl.’

‘It’s all on-line now.’ Says M shaking his fat head in irritation. ‘Land Registry can just push a button. There’s no excuse for it, other than another way to milk the public. It’s just a tax on moving. Destroys job mobility, stops people from trading up.’ M pauses for breath, as I look slightly aghast at this unaccustomed fervour and worry about him having a cardiac. There’s nothing of any use in the first aid kit and if I had to give him the kiss of life I’d be tasting half-masticated pasties for weeks after the funeral.

‘There’ll be bringing back the window tax next.’ Chuckles T, as M mops his brow with a yellowing handkerchief. F looks sideways at T and this time I can actually hear the cogs grinding. ‘Nah.’ He eventually says, eyes screwed in concentration. ‘You’re not getting me like that.’
‘It’s true.’ Persists T, throwing a wink towards S that F sees - and I resent. ‘They used to tax a house according to how many windows it had.’
‘That’s ridiculous.’ Responds F, looking at me for support.
‘No more ridiculous than a non-existent stamp and a f***ing big bill just for changing your postcode.’ Snaps M before waddling to the kitchen.

‘You must have seen those listed buildings with bricked-up windows,’ Tempts T. ‘You remember the old farmhouse on London Road?’ F now fixes me with a whipped hound-dog look, but I’m intrigued to see how he handles this. If he’s ever going to negotiate between argumentative parties falling out over fixtures and fittings, he’ll need to navigate this simple exchange.

‘I thought that was just, like, a design feature.’ He eventually tells T, in the slightly ungracious absence of any guidance from me.
‘What?’ Mocks T. ‘You thought they’d place a lintel and a window surround on the elevation and then think, hey you know what? Bricks might be more aesthetically pleasing and let in more light than glass.’

F looks like he might cry again, so belatedly, I decide to interject.
‘It’s true. There was a tax on the number of windows a house had. So people started to brick up windows to avoid it.’ I tell him, hoping he won’t ask just when this unjust collection existed. Fat chance.

‘When was that then?’ He ventures, still thinking this is another elaborate wind-up. Telling him to bring in trunks to measure up a swimming pool was childish, on reflection.

"... I’d be tasting half-masticated pasties for weeks after the funeral."

His funeral or yours? :-D

Not sure which would be more popular - but I was hoping his.
S.A.

People have now of course given up moving to avoid the stamp duty tax...That or house prices are unsustainably high !

Stamp duty is the governments way of telling you whether the house you are buying is sensibly priced, a bit of a luxury item, or far above reasonable expectations of accomodation you flash ***er.

Sadly the public at large is too stupid to twig that a decade of pretax income is rather a lot to commit to a few tons of bricks and tiles.

WOW!! Nice info thanks for sharing and share some more and useful please.

The most important duty for any hard working real estate agent is to generate lucrative leads. Finding people who are interested and ready to purchase a property will profit all real estate agents, propelling their business forward. However, finding real estate leads in any city or town is a difficult and extremely competitive process.I loved your post. Thanks for it.
home selling process

Thanks for pulling text off my website and plagiarizing it.

Hope the owner of this website will remove his comments.