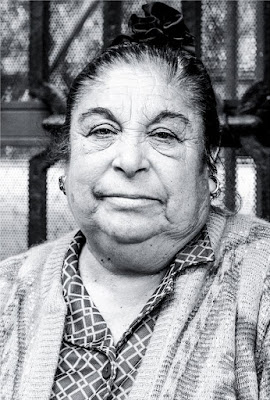 At the unprepossessing entrance to our Palma Airbnb apartment I fiddle with the keys. As an estate agent of multiple decades’ standing, I pride myself on locating the right slab of sculptured alloy for easy access, with little difficulty. On the third attempt an elderly Spanish lady opens the communal door from the inside and looks at me suspiciously.

With my wife muttering something inaudible behind, we commence an awkward Mexican stand-off - same language, just with less over-sized hats - until after my flurry of pigeon Spanish completely bemuses the poor old girl and I have to beckon her out with hand signals. She tuts as she passes and I wonder if she has me down for a Brexit voter who has opted to dismantle the European Union and no longer subsidise sunnier climes.

‘You asked her where the toilets were.’ Says my wife disparagingly, as we enter the dingy entrance hall.
‘Did I?’ I respond, uncertainly. I try my best to offer a little of the local language wherever I travel. It’s a courtesy easily applied with a little forward planning and I still bridle at ignorant Englishmen shouting in their native language, whilst  attempting to make themselves understood ordering a meal.

‘Servisios are the lavatories.’ Enlightens my wife, as I wonder if I may have ordered some still water and a beer from the confused old lady, too. My sons have mastered more than one language - and university degrees - and travel the world effortlessly, while I remain resolutely mono-lingual and stuck in a bigger rut than an open cast coal mine. Still, as a parent you wish for so much more for the next generation; it’s evolution at its purest.

‘Not very welcoming is it.’ Remarks my wife as we get to the end of the poorly-lit communal area.
She’s right. In a British block, this space would be full of notices, insurance certificates and dire warnings from the committee not to breach any of the myriad regulations. Could be why we are leaving the European union. Britain is the only country to take any notice of the rules.

‘I wonder if it’s really allowed, holidaymakers coming and going in the block like this?’ Ponders my wife, as the lift wheezes its way to the upper floor and I hope it doesn’t break down. I’ve seen the after effects of elderly people stuck in carriages for hours, and shitting in a shopping bag isn’t an option that appeals.

My wife has a point. Leasehold in the UK is a second-class tenure and most arcane, wordy documents, setting out the rules and obligations in a block of flats forbid sub-letting, or temporary tenants such as we are. Vast swathes of London are held on diminishing term leases, where in theory the buyers are little more than renters in a shady shared-ownership scheme. The freeholder - some over-privileged landowner with a title, whose ancestors helped the winning monarch shaft scores of dis-enfranchised peasants - gets to charge a premium to extend the lease, or in worst case scenario, takes the property back at the end of the term. At least Dick Turpin had the courtesy to wear a mask.

‘They probably ignore the rules and just rent the flats out anyway.’ I speculate, as I pull open the patio doors and drink in the fabulous view. The sun is glistening on Palma bay, the magnificent Gothic cathedral stands sumptuously to one side and another mega-slab of cruise liner is inching its improbable way in to port.

‘Maybe they aren’t as strict as British leases.’ Suggests my wife, heading for the bathroom. Judging by the electrical sockets alongside the taps, nothing is as regulated. I’d imagine they loose several senoritas a year to hair dryer in tub accidents. Not to mention how many swarthy Spanish chaps are fried, using electric shavers on the bidet.

‘The whole system needs updating.’ I say, when my wife rejoins me and we make a dent in the first bottle of Rioja.
‘The plumbing?’ She asks, wrinkling her nose.
‘No, the property market.’ I tell her. But I’m running out of time to do it.

The second bottle will ease the pain.