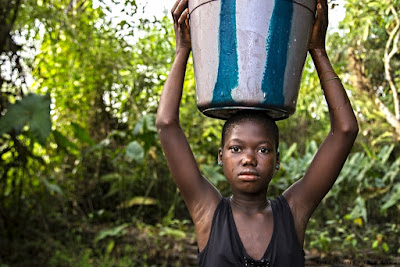 I enter the budget hotel car park just as my rival manager H sweeps in with his two bands higher, company car. The vertically-challenged throwback seems to stick to me like a turd on a heel. I’m sure he does it just for another opportunity to taunt me about his superior sales figures. He still can’t reach the bar to pick up his pint though….

‘How’s it going?’ Asks H, as we trudge toward the revolving door without enthusiasm. He isn’t actually interested. Like creepy dark-eyed carrion feeding off others misfortune - he just wants to crow.

I tell him how business is, with the usual poetic licence beloved of sales people the world over. He’s not listening.
‘Four in the bag already this week,’ he trumpets as we shuffle through the spinning entrance. ‘And multiple offers on two others.’ I’m tempted to jump out of the glass-prison and give it a mighty shove, just to see him spinning inside, little legs pumping like a mini Usain Bolt until he falls and is flattened by the mechanism. But of course I don’t. Imagine the paperwork.

‘Who started this absurd breakfast meeting nonsense?’ Asks H angrily, as I nod at a new eastern european lady behind the reception desk and spot the mis-spelt welcome board detailing which soul-less meeting room we are in today.

‘I think it came over from America in the eighties.’ I tell him flatly.
‘Like Aids then.’ Responds H, nastily.
Political correctness and empathy seem to have passed H by, despite the awareness courses the lesbian in Human Resources likes to run.

We enter the appointed room and an unpleasant waft of congealed fat assaults my nostrils. With dismay, I see this time the breakfast offerings are actually in the same room. Three trestle tables are spread along one wall, covered in disposable paper cloths, and supporting those vast copper containers with lids on. A bunsen burner-type arrangement sits under each vessel, gently stewing the contents that have doubtless been wallowing in their own fat for at least forty minutes. My stomach rumbles audibly. I’m going to regret this.

‘Who’s the new totty?’ Asks H in a louder than necessary stage whisper. He’s indicating an earnest-looking young woman in a trouser suit. She’s almost pretty, in a bookish, boyish way.
‘A new financial consultant.’ I tell him softly. I’ve met the girl once and warmed to her about as much as the solidifying scrambled eggs.

‘She won’t last.’ Predicts H, sitting beside me. Shit on a shoe-style.
‘You can’t say that.’ I hiss. Seeing our bean-counter boss is looking at me challengingly - and that’s before he puts my office figures on the overhead.
‘Just saying.’ Counters H. ‘If she isn’t in tears before the end of the year, she’ll be pregnant.’
If she sits in your office too long, she will be. I think with a shiver.

H doesn’t employ women of child-bearing age except on reception, or in secretarial roles. He’s the sort of throwback that would suit the eighties, except a mullet and shoulder pads would probably tip him over.

I’ve argued long in to the night with H at countless hotel bars, over his misogynistic views, but he remains unmoved and undersized.
‘Sooner or later they all skive off on maternity leave and end up impacting on the office sales’ figure.’ He argues. ‘Then you can’t employ a proper replacement and they want to keep the cocking company car for the school run.’
I’m hoping Darwin will get him in the end.

‘Bet she doesn’t eat meat either.’ Continues H, as he shadows me to the food station. ‘F•••ing vegans. You don’t get any in African villages, I’m telling you.’

Grudgingly, I have to concede H has a point. The fads and foibles we have to cater for in the workplace have reached epidemic proportions. I’m guessing if you haven’t eaten anything for days but a stale yam, and your mother has trudged five miles to a well, you won’t be demanding Perrier and a Linda McCartney ready meal. Give me the muddy water and something with a heartbeat to eat, bitch!

Just not the sweaty bacon.