Fashion Move To The Left - Monday 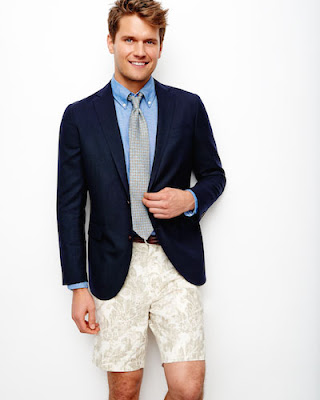 ‘What in the name of God was she wearing, pyjamas?’ I ask incredulously, as a chavvy looking woman exits the office after visiting loose lettings lush B’s desk. The lady was sporting those baggy, floral patterned trousers that seem in vogue, despite only being suitable for supermodels with flawless figures.

‘Someone should call the fashion police.’ Says assistant manager T chuckling. I start to join him, then realise both B and S, my sweet-natured negotiator, are scowling at me in disapproval. Oh no, have I crossed another boundary that wasn’t there when I first started in the industry? Political correctness is more confusing than local government reorganisation, when they changed all the county borders.

‘They are quite fashionable.’ Says S, frostily, her stern look challenging me to disagree.
‘And commenting on people’s dress sense is sexist, anyway.’ Adds B in sisterly support.
I don’t think it is. I happily slag-off blokes who come in with slack tracksuit bottoms meant for exercising in, when they clearly have done nothing more strenuous than waddle to the fridge for the last six months.

‘It just wasn’t very becoming.’ I say weakly.
‘That’s sexist too.’ Continues B. I look to T for help, but he’s suddenly become very interested in his computer screen.
‘What’s sexist?’ Asks trainee F, appearing from the direction of the gents’ toilets after fifteen minutes. I make a mental note to leave if for a while, even though my bladder is firing off full-up signals.

‘He’s making comments about female customers’ clothing.’ Enlightens S, nodding towards me coldly.
‘Another shocker with a fat arse and those flowery leisure pants?’ Asks  F, perceptively, but not entirely helpfully.
‘And now you are doing it!’ Snaps S. ‘How are we going to change attitudes with neanderthals like you?’
That’s F out of the argument. He’ll be Googling neanderthals, with creative spelling choices, for the next twenty minutes.

‘I just don’t get the style, that’s all.’ I continue wearily. ‘They are not flattering and make people look like they are still in their bed-wear.’
‘It’s not for you to judge.’ Snaps B.
Just as well she doesn’t read the blog - that’s how I keep going.
‘Women can make choices without the patriarchy dictating to them how they dress.’ She continues.
I’m guessing she won’t be holidaying in Saudi Arabia this year.

I haven’t seen such a ghastly clothing style, since those terrible culottes things, that were worn in the eighties. But I feel I’m going to need to apologise again, just to ensure there’s no paperwork required by Human Resources and a re-education course to attend.

‘What are they called anyway?’ I ask, after making the necessary atonement.
‘Comfy bottoms.’ Says T with a giggle. I shut him down with a fierce frown.
‘They have lots of names.’ Answers S, ignoring T.
Yep, and I’ve got a few.
‘But some outlets sell them as Lounge Drapes.’
Haberdashery shops and curtain makers I presume.

‘I don’t think you can call men sexist.’ Posits F, as I cringe. Really? You going down that cul-de-sac fella?
‘Why?’ Demands B angrily, ‘You are all inherently prejudiced.’
‘Well,’ continues F doggedly. ‘You can wear short skirts and sleeveless tops in a heatwave and we have to sweat our nuts off in suits and ties.’
I could point out at this juncture, that if you have actually perspired away your bollocks you might be able to wear a summer frock, but best not to open a trans-gender debate. We’ve only just enough room for two toilets as it is.

‘We’ve been oppressed for hundreds’ of years.’ Argues B, as I wish I’d never made the thoughtless comment and the phone would ring.
‘Well at least you are comfy when the air conditioning fails again.’ Chips in T, as I sense an unwanted sex war brewing. The fact is, women are more than equal in property and some of the most successful agents I’ve met have been female.

‘I read on-line that some firms allow men to come to work in cut-offs, if they are smart.’ Says F, to laughter all round.

I give him short shrift.

Download the ebooks - links on the right - what all the best dressed readers are doing...
Posted by secret agent at 9:01 PM