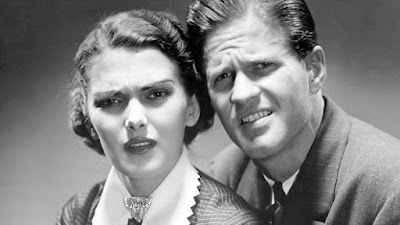 ‘Seen this guys?’ Questions fat finance fiddler M, as he sways into the centre of the office, waving his laptop.
There’s a long, indifferent silence. If it’s the McDonald’s website again and a Happy Meal offer for morbidly obese chubsters who blame genes, not intake, I’m not interested.

‘What is it?’ Asks negotiator S, eventually. She’s far too nice for this industry.
M spins his laptop, an action that causes the hint of an exhausted wheeze, and shows us a banner headline followed by the sort of facts and figures, interspersed by indecipherable graphs, that still make me shiver nearly forty years after my last math’s lesson.

‘Over 23,000 mortgage products to choose from currently.’ M replies, with a podgy grin. ‘That’s why you lot need to keep wheeling the confused and desperate in to me.’
‘Didn’t think you could tuck them up with endowment mortgages any more.’ Says assistant manager T, sarcastically.

M scowls at T. ‘That was along time ago,’ he says defensively. ‘And anyway products are much more sophisticated nowadays.’

‘People still don’t understand them though.’ Ventures trainee F. He’s right, but not the best advocate as he still hasn’t grasped how to work the franking machine, without clearing our complete credit balance on one mis-stamped envelope to Spain. If only I could post him somewhere….

‘What you mean,’ argues T. ‘Is there are more ways to confuse vulnerable borrowers and flog them insurance policies they don’t need, that won’t pay out if they are actually terminally ill.’
‘That’s a very jaundiced view.’ Snaps back M. ‘And you might not want that repeated at the next sales managers’ meeting. Particularly with your level of introductions.’

There’s an uncomfortable silence, one I feel I need to fill. But then I’m more aligned with T, than M. I hate flogging mortgage and insurance products, I’m here to sell my clients’ homes at the best possible price. But sometimes you have to swallow your pride, particularly as individual targets leave you more exposed than a flasher on a breezy beach.

‘We are a team.’ I say, unconvincingly, as loose lettings’ lush B, totters through the door on inappropriate heels. She ignores us all and heads for the kitchen, where I hear a kettle filled with enough water for one.

‘It’s not the product range that causes young people a problem.’ Says S, with raised eyebrows in the direction of B and her solo beverage. ‘It’s the fact that people will never be able to save up enough for the deposit, if they are paying rent at the same time.’
‘Exactly.’ Agrees T. ‘And that government Help to Buy scheme was a shambles. You save, they are supposed to add to your pot and it turns out you can’t use the funds for the 10% deposit. It’s a joke’

T is spot on. The hastily launched proposals, like most Government plans for UK housing in the last two decades, were clumsy and without detail. But as ever, by the time the schemes were called in to question, the clowns who launched them were long gone and lunching in the city on a lucrative consultancy deal, with a featherbedded pension. Come the revolution….

‘All you need to worry about is getting them in front of me.’ Says M, with a queasy smile. ‘I can do the rest.’
‘Yeh, but I’m nor sure I’d want any friend of mine taking on a thirty-five year mortgage.’ Counters T.
‘Or my granny being coerced into an equity release plan on her house.’ Adds S.
‘Yes, but I’d like my own flat with an en-suite and a gym in the basement.’ Says F, with a glassy-eyed stare.
‘That’s more like the attitude we need.’ Concludes M triumphantly.

‘They not need any financial advice?’ Quizzes M, later.
I’ve just seen new clients to the door. They’ve verified my draft particulars, signed up on a sole agency, entrusted me with the sale of their home and I really want them to do well. I don’t want them hurriedly stitched up, they can go to A & E on a Saturday night for that.

‘Got their own financial advisor.’ I tell M, fingers crossed under the desk.

A man needs some integrity.