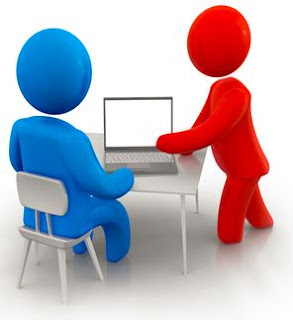 ‘Have you seen the latest?’ Challenges assistant manager T grumpily, before I’ve even closed the office door.

The choices are limitless in this business, where setbacks and disappointments are as regular as a new David Beckham tattoo. I walk towards the message book and scan the content as T looks at me, fingers drumming annoyingly, on his desk. There’s nothing untoward amongst the list, other than a few callbacks and a survey to chase. I’m guessing it’s an internal issue.

‘Go on then.’ I prompt  T, less than enthusiastically. I notice negotiator S has stopped what she was doing and is paying attention. Trainee F is also looking at me - he probably wasn’t doing anything useful anyway.

‘More f***ing red tape.’ Snarls T. Clicking on his computer screen and spinning it towards me. I can see a long annotated memo from head office. With the schoolboy graphics and lengthy content I’m guessing it’s from Human Resources, or that limp-wristed waster in the training department. The well-worn adage: Those that can’t sell, train - could have been written for him

‘Give me a précis.’ I tell T, realising as I say it that he almost certainly hasn’t read to the end of the missive. T looks at his shoes.
‘Anybody?’ I plead.
F screws up his face and ventures. ‘When you say pray-see, err, what exactly do you mean?’
Before I hit him - something Human Resources would certainly write extensively about - S comes to my rescue. Not for the first time.

‘It’s a new on-line training programme we all have to complete.’ She say with an apologetic shrug. S knows how I feel about these cringe-making multiple choice exercises, designed for the lowest common denominator. Ostensibly to increase knowledge bases and to inform students of the latest legislation - but in practice to cover arses and to save money.

‘I don’t like exams.’ Says F glumly. I still don’t know what his mother and various stepfathers paid all that money in private education fess for.  I guess it was just to get him out of the house. You can tell a boarding school boy at twenty paces - they have more hangups than a call centre worker.

‘What are they trying to cover?’ I enquire.
‘That fat woman’s arse, in HR.’ Says T bluntly.
‘You can’t say that, it’s sexist.’ Challenges S.
They all look at me. I can’t even remember which box I ticked on that course.
‘Well?’ Urges S.
‘It is quite lardy.’ I say tentatively. There’s an awkward moment, then S laughs.
Dodged another bullet.

‘Who writes this shite?” Says T after S has given us a run down on what we’ll have to endure, under classroom conditions. It’s basically more due-diligence to ensure when someone falls foul of Government Money Laundering rules, or Immigration Checks, the company will have a fall guy to blame. The course looks like it’s been compiled by a primary school child with a basic PowerPoint programme and just the free included graphics to choose from.

‘They’ve paid thousand of pounds for some outside consultancy to produce this dross.’ I speculate angrily. Calling in management consultants to do the job you are already paid to do, is a booming industry. It’s the biggest con-trick since we convinced millions, in the nineties, that an endowment policy would pay off their mortgage.

If it’s not the Government abdicating responsibility for criminals and illegal immigrants then expecting us to be unpaid police and tax collectors, it’s head office freeloaders paying an outside agency to do their job. I could write a book about it…

‘When they say classroom conditions….’ Begins F tentatively.
‘They mean you can’t cheat by looking at someone else's paper, or getting the boy in the next bed to your’s in the dormitory, to do the exam in return for a dip in your tuck box.’ Says T brutally.

‘I always did all my own exams.’ Snaps back F moodily.
He’s not lying, I’ve seen his CV. It’s why he’s an estate agent - the last resort for in-bred idiots educated beyond their ability. And still no proper entry qualifications. Unless you count on-line tick-box bollocks.

Of course you can download the 'Agents Diary' ebooks - links on right - but they are not for complete dummies....
Posted by secret agent at 6:58 AM

Red tape can be a major pain