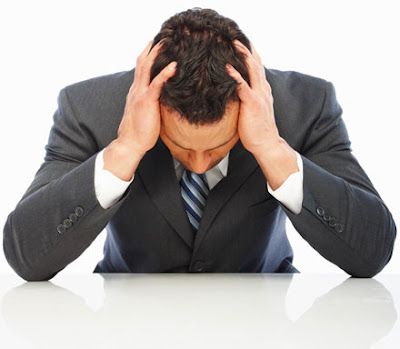 ‘How did it go?’ Asks negotiator S, as I come back into the office wearing my disappointment like a tramp’s overcoat. I thought she was better at reading body language, most women are, but then again it might be just as well she can’t tell what I’m sometimes thinking…

‘Some people just won’t listen.’ I tell S dejectedly, as I walk towards the message book with trepidation. Bad news tends to hunt in packs, and after a pair of idiots convinced the market will support £50,000 more than their bog-standard end of terraced house is worth, I’m not expecting a call from The National Lottery.

‘I think people get the estate agent they deserve.’ Opines S pensively.
‘The greedy gits do.’ Agrees  assistant manager T,  joining the conversation as he re-enters from the direction of the gents’ toilet. Terrific, I was hoping for some contemplative time in there with the dog-eared copy of FHM, now I’ll need to leave it a while.

‘Those tossers across the road had been in before me.’ I say nodding toward the opposition agents, not  wanting to read the message book quite yet. ‘Told them their house was worth fifty grand more than it is. Ignored the fact that two identical homes in neighbouring roads have both completed at £10,000 less than my suggested asking price, in the last three months.’

‘Let them waste their time marketing it.’  Suggests T insouciantly. ‘Nobody will pay that sort of silly money.’
I hope not. But then demand is strong, supply is weak and there are an awful lot of idiots out there.
‘Even if they did,’ says S. ‘Their surveyor would down-value the sale price and everyone would be back to square one. Complete wast of time.’
Time-wasters are never in short supply - sadly, sensibly priced homes to sell usually are.

I finally glance at the message book. A couple of vendors to call back, a survey finally booked on a long-standing sale in progress - not bad - then a note to call back my bean counter boss. Sales falling through, feel like a sickening kick in the stomach. Everyday house moving problems, like a slow drip Chinese water torture. And a pedantic, figure-fiddling, frustrated accountant with about as much real-life knowledge of the property market as the last couple I’ve just visited, questioning your every move, is akin to someone grasping your gonads and slowly, incrementally, twisting.

‘What did he want?’ I ask rhetorically.
‘He didn’t say.’ Answers S, with a shrug and an endearing half-smile.
‘Board penetration not high enough?’ Suggests T with a shake of his head.
‘Financial services ratios too low.’ Offers fat mortgage man M divisively.
‘Lettings department doing more business than sales?’ Contributes B, from her one-woman dating desk, unhelpfully.
‘Perhaps he just wants to see how you are?’ Pipes up trainee F, to riotous laughter all round. ‘What?’ He says, crestfallen.
My God, he’s got a lot to learn.

‘Your available stock figures are worryingly low.’ Reveals the bean counter after the cursory, insincere, pleasantries. No shit Sherlock. I hadn’t noticed every time I go to the filing cabinet for property details, then return empty-handed like some malnourished Oliver, to apologise to hopeful buyers about the dearth of homes to offer. Hadn’t twigged we were slowly starving. Hadn’t realised the opposition were deliberately mis-leading sellers to win the initial instruction.

‘Increase your suggested asking price by another 10% each time.’ Says the bean counter. ‘I want market share.’

I have market despair.