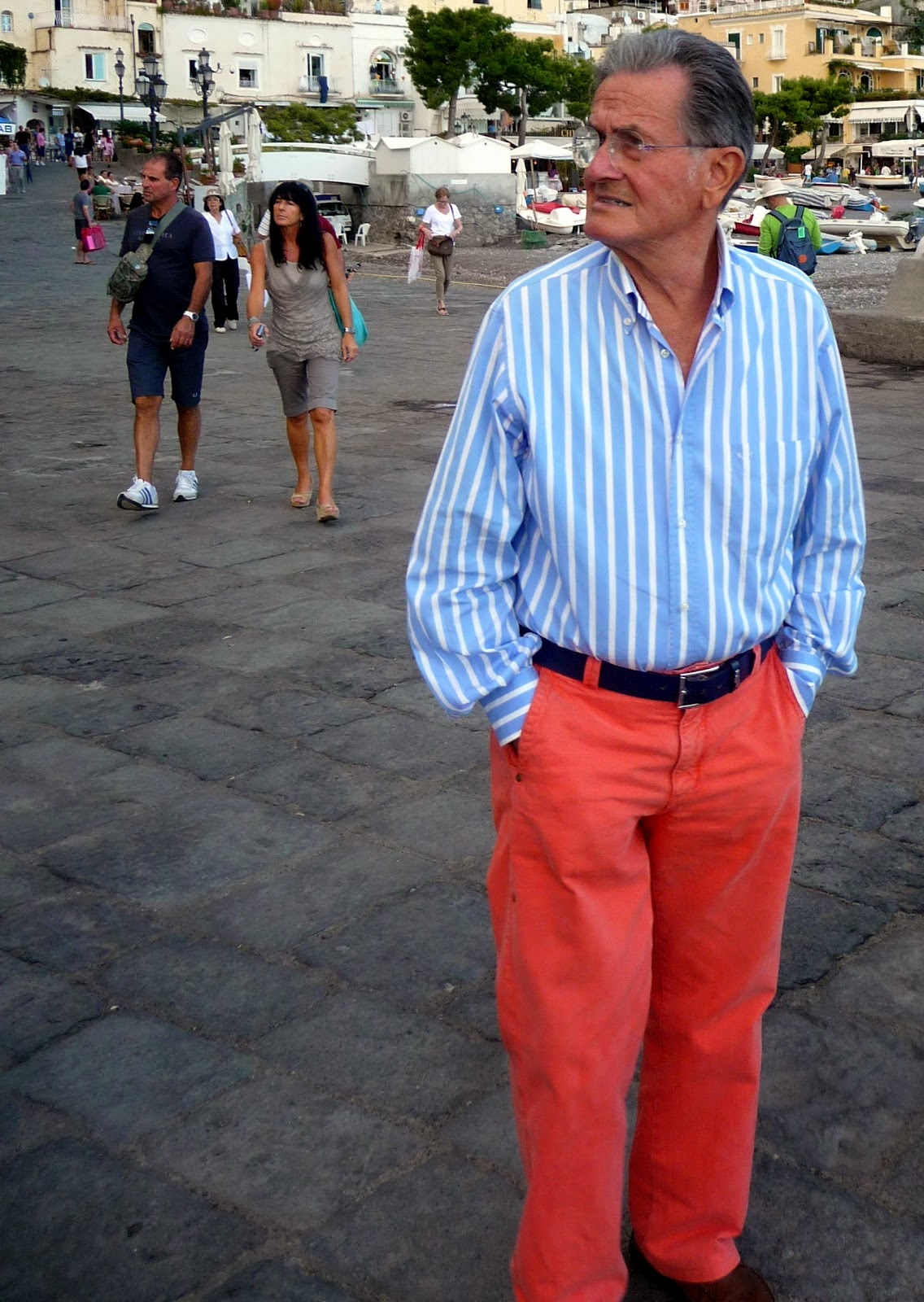 ‘Twat alert.’ Announces assistant manager T in a stage whisper. It’s funny how words evolve, when I was a teenager the warning would have meant an entirely different sighting.

‘Where?’ Asks trainee F looking up from the jammed colour printer. If the imbecile can fix it without having to call out the engineer again, my month end profit and loss account will benefit - although it will still show F’s salary costs, so maybe not.

‘Front left window.’ Hisses T, adding. ‘But don’t make it obvious.’ If ever there was a wasted sentence. F turns conspicuously and half a ream of headed paper tumbles to the floor like A4 confetti.
‘The man with the red trousers?’Asks F loudly, as the middle aged bloke looking in catches his movement and shuffles to the right hand window. The man peers in with one hand raised above his beetle brows.

‘Don’t make it obvious we’re talking about him.’ I hiss as F stoops to begin collecting the paper trail.
‘Do you know him?’ Asks F. ‘He looks a bit of a nutter.’
‘Would you like to narrow it down a bit.’ Contributes negotiator S with an alluring giggle.
‘Yep,’ agrees T. ‘If we were that selective with punters we’d hardly deal with anyone.’

T has a point. Seemingly sane people are driven to places they never new existed by property - and I don’t just mean taking impoverished first time buyers to see the ex-council flats with lifts that smell of piss.

The stress and uncertainty of moving home can tip the most steady-nerved individuals into Valium- popping nervous wrecks by the time they’ve had a bad survey, failed mortgage offer and two sales fall through on the eve of exchanging contracts. We earn our money, no matter what they say on the Housing Geek forums.

‘He’s a window surfer.’ I say behind cupped hand, as I slyly watch the man with the dodgy fashion sense while he peruses our window display for the umpteenth time.
‘You’ll get to know the regulars.’ Says T knowingly, adding with feeling. ‘And any man who wears red trousers is going to be a first class tosser if you ask me.’

It’s a sweeping statement. One I should challenge. I’ve learned over the years that the most improbable characters can pay prices you’d think they could never afford on first impression, while seemingly reliable buyers turn out to be raving basket cases when signing the contract looms - even so, red trousers…

‘But surely even the lunatics have to live somewhere?’ Questions F as he shuffles the paper and tries to feed it back into the printer tray. ‘They must have bought at least once.’
F is, for once, spot on. But with demand for homes consistently outstripping supply I decided long ago that, as long as you achieve the right price for your client, selling to a nightmare buyer - who when push comes to shove will probably let you down anyway - isn’t the best option when there are plenty of alternatives.

‘He’s been on the mailing list for about five years.’ Says T with feeling, before adding with a grin. ‘At least he thinks he has.’
‘But…’ begins F as he tries to ram the paper tray shut, with an expensive sounding grinding of gears.
‘But nothing.’ Interjects T. ‘There’s not enough hours in a lifetime, let alone a day, to keep dealing with habitual lookers. Wasters all of them.’

‘He’s right.’ Confirms big mortgage man M as he gallumps across the office. ‘I did a fact find on him once, way back, and he didn’t want any insurance or payment protection…’
The laughter almost reaches the street, despite our plate glass fortifications.
‘What?’ Asks M, hurt look on his chubby features. ‘Payment Protection was appropriate for some people.’

I have to call a halt on the merriment when I feel a rib about to pop.
‘You can laugh.’ Sulks M. ‘But you all had your introducers’ commission out of those policies I wrote.’ The truth hurts.

Avoid the red trouser brigade next time you move and read the e-book - links on the right. You know you should....
Posted by secret agent at 8:44 AM