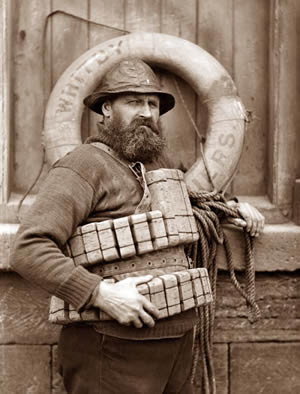 ‘How about these two?’ I suggest to my wife, holding up a couple of summer casual shirts that I maybe shouldn’t have bought last season. Her look alone confirms I won’t be shopping alone for clothes again in a hurry.

‘I’ll find something and get them ironed.’ She says, as I look at the two dodgy purchases as if for the first time and remember how the female shop assistant duped me into buying the garish-patterned tat a Hawaiian would be embarrassed to wear. She must have been on commission.

‘Don’t be late tonight.’ Cautions my wife as she studies her third or fourth list religiously and a pile of clothing, enough for a month’s expedition somewhere exotic, sits behind her while the iron ticks up to temperature. She can’t be serious. Last day before holiday is a nightmare every year. If you didn’t need a break beforehand, nine hours of trying to ensure everything in the office will run smoothly without you is enough to send you gibbering towards airport security looking deeply suspicious. And that’s before they check your occupation in the passport….

‘So that’s the list of things to take care off.’ I tell the team at my last morning meeting before leaving. T the assistant manager takes the printout, one I’ve also emailed to everyone’s inbox as a belt and braces exercise. Sales and surveys to chase, vendors to keep sweet, viewing and valuation targets to meet. The list isn’t exhaustive, but I’m pretty knackered already.

‘Just relax and have a great time.’ Says negotiator S sweetly. My wife said something similar last night, but I was too stressed to start the holiday early. It never helps that one of the countless television stations satellite services afford, is invariably running a scare programme the week before you go anywhere, called something like: Terror in The Skies, Air Crash Investigation or Three minutes and 35,000 Feet To Live…

‘I just find the nearest airport bar and down a couple of Gin and tonics when I travel,’ informs lettings lush B unhelpfully. I’m supposed to be driving the hire car at the other end, so that is not a great option. B’s other vacation-time recreational activity is – allegedly - shagging every Spanish waiter she can find. Not sure my wife would approve of that either, no matter how many tips it might save us.

‘Off somewhere nice?’ Asks the dusky lady in Boots the chemist, as I go to the counter. I’m clutching copious medicinal supplies, together with several gallons of sun tan lotion, after beach treatment and enough insect repellent to fend off more MPs than can usually be found in The Commons at question time.

I tell her the destination as I pile my purchases on the counter. She’s pretty, but too young for me. I’m still relieved I decided to pass on the intriguing battery-powered ring-shaped device placed alongside the prophylactics, one that apparently gives vibrating pleasure to both partners, but might cause a stir at the X-ray desk. I’m not going through that rubber-gloves indignity again. Anyway with my back I can hardly lift the cases, let alone touch my toes.

‘He’s not back until after the weekend.’ Says the solicitor’s secretary I ring with the clock ticking and my list growing, not diminishing. This is the third conveyancing clown I’ve rung in as many minutes. One was ‘in court.’ A lie. The other was, ‘with clients,’ equally improbable. All three won’t be getting any lawyer-free buyers introduced to them for a while. I’ve a memory like an elephant where snubs are concerned.

‘Bean counter, on line three.’ Announces trainee F, late in the day. I’ve told him not to announce my boss like that. Granted it’s my nickname for the little figure-fiddler but F is more likely to forget to put him on hold.

‘Everything under control?’ Begins the bean counter in a lethally loaded question. If they can cope without me it’s not the best signal to send. On the other hand, if I’ve not left the office on an even keel he’ll be even more pedantic approving future holiday dates. I take a chance.

What could possibly go wrong?

Back in two weeks, might Blog/Tweet from the pool if I get a signal and get bored. In the meantime happy property times to all and if you need a fix, download the exclusive content ebook on Amazon. All formats supported. Links below.

US Readers: http://amzn.to/vXpFJf
Posted by secret agent at 7:36 AM

How's the all inclusive? Have you inflated after leaving the aircraft?