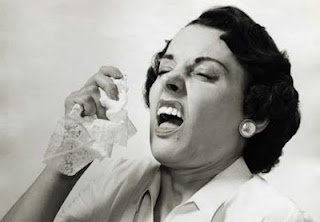 I let a guttural expletive out before I realise, and it echoes around the kitchen accusingly. My wife walks in, even before the swear word has finished pinging round the room, the last timbre-filled bounce off the aluminium cooker hood almost pleasing She frowns at me. There was a time when I never swore in front of her, but half a lifetime of marriage and a similar period selling to the public, has broken more than barriers.

‘What is it?’ She asks resignedly. She doesn’t sound as if she really wants to know, more a fading loyalty question.
‘I forgot to clean my shoes.’ I tell her sheepishly, still staring at the slightly scuffed selection of Oxford and Brogues on the floor in front of me. She moves past the counter and inspects the footwear quizzically, then says:
‘I thought it was meant to be girls and shoes?’

‘I haven’t got as many pairs as you.’ I snap back ungraciously before a small detonation goes off at the back of my throat and I add to the necessity of a footwear clean up, by unloading a percussive sneeze that splatters the leather unpleasantly.
‘You shouldn’t even be going in.’ Chides my wife as I stifle another sneeze and a derisive laugh, before bending to get the cleaning kit from a cupboard too low for those with fragile backs and disposition.

‘If I don’t show up nothing will be done.’ I sniffle defensively. ‘And then we’ll have no commission payments in a few months time.’
‘Nonsense.’ She proclaims, opening a box of sultana bran she knows I find about as appetising as sawdust and rabbit droppings, a combo the cereal has an uncanny resemblance to.

‘Surely they can make do without you?’ My wife continues, as I apply black polish to the snotty surface and feel the wax going under my fingernails to create another unwelcome chore before I leave. My head is thumping like a jackhammer and as I stoop towards my shoes, gravity is sluicing more mucus down both nostrils in a double-barrelled river of infection. An infection that woman in London Road almost certainly gave me last week – although she didn’t give me her house to sell. Bitch.

‘That’s just it, they can’t.’ I tell her as I work the polish in to the shoes in a circular motion, before beginning the buffing with a separate brush. ‘They’ll just stare out the window or update their social networking page if I’m not there to direct.’ I pronounce pompously. There’s an element of truth to my statement, but I also know that if I dropped dead this afternoon the bean counter boss would happily replace me before anyone could….sneeze.

‘The shoes don’t have to be done daily do they?’ Asks my wife pointlessly, as she pours me a bowl of long-eared cage-dweller’s floor covering. She sees me scowling at her through watery eyes, as another sneeze starts to prickle my nose. ‘What?’ She says, as I buff with a cloth. ‘It’s good for your cholesterol.’ I don’t know where to start.

‘People notice the smallest things.’ I tell her through laboured mouthfuls of the tasteless, own brand, bran mix. ‘So if you have dirty shoes they might just choose the next agent in.’ She looks at me unconvinced, as I notice my blackened fingernails and wonder where the nailbrush is.

‘They won’t thank you for going in and spreading your germs.’ She perseveres doggedly.
‘They never thank me anyway.’ I bat back, as a hacking cough that might be a ball of bacteria, or a stubborn sultana regurgitating, rises uncomfortably. ‘What you forget.’ I splutter, as I swallow whatever it was trying to escape. ‘Is that we’re not some cosy public sector where it doesn’t change the bottom line if you turn up or not. There’s no taxpayer bailing me out at the end of the month.’ I rail, as she visibly switches off.

‘Have you got your medication?’ She asks wearily, as I stand on the doorstep and check both nails and shoes. It’s a question I expect to hear for the rest of my life. I check my briefcase. Cold tablets, menthol inhaler, throat sweets, tissues, disinfecting gel.

Ready to clean up.

• Step 1 – Cleaning
This is more important before polishing your shoes. Use a smooth brush or a cotton cloth to thoroughly clean the shoes. Use the brush to wipe off dry mud and other dirt so that the leather surface becomes so smooth for polishing.
• Step 2 – Application
Take enough amount of polish (preferably wax polish and not a liquid based one!) in a small piece of cloth. The cloth you use here should be very clean and it should be free from dirt and scratch causing prints and designs. Now gently apply the polish all over the leather surface of the shoes.
• Step 3 – The ‘Go Off’
Let the shoe absorb the wax polish for a while and now it is time let the excess polish go off from the shoes. For this, you need a clean shoe polishing brush and perform this task inna dry place.
• Step 4 – Damp and Dry
Now before adding extra shine to the shoe’s surface, you must use a wet cotton ball and gently spread the dampness all over. Use cold water to buff the shoes with a cotton ball and let it dry in regular room temperature.
• Step 5 – Add the Shine
Now it is time to add shine to t he shoes. Repeat step 3 and 4 until you get the expected shine in your leather shoes!
Note: When you don’t have enough time to polish your shoes involving all the above steps, just use a linen cloth to brush it thoroughly. Synthetic products against a natural wax will add instant shine to leather!