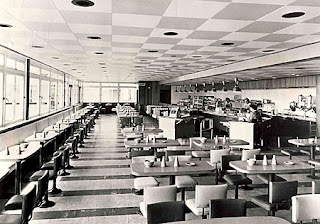 ‘Last minute checklist?’ Worries the wife as my son and I exchange knowing glances and I rev the car engine impatiently. She’s been packing, ironing and fussing for weeks now and the time has come to take the boy to university. She secretly doesn’t want him to go, although we both know it’s the best thing that could happen to him. More pertinently, I see enough people in their properties to recognise a burgeoning empty nest issue coming as soon as we get home and the door closes on an echoing house. I guess I’ll just have to play my music louder.

‘Did you look a his lease?’ Harries my wife after several miles of unaccustomed silence.
‘It’s all pretty standard stuff.’ I tell her with a wink to the lad. With his legs as long as a racehorse he’s now confirmed his manhood by sitting in the front, while his mother is perched amongst boxes of pre-folded clothes, enough dried ready meals to support an infantry platoon and a poignant photo-montage she’s put together of the family.

‘I reckon those university flat investments are about the only sure-fire way to make money out of the property market at the moment.’ I tell the car to a hint of a groan. The return must be giving a high single-figure yield I’d reckoned, when signing the guarantor forms and hoping, like every parent, the kid stayed the course and didn’t land you with a bill for a year’s rent when they were back in their bedroom citing a change of artistic direction.

‘Have whatever you like son.’ I tell the boy as he scans the menu contemptuously and I stare out of the steamed-up windows.
‘I haven’t been in a Little Chef since I was a child.’ Says his mother wistfully, her eyes as watery as the tea. We couldn’t find a drive-in McDonalds and we are now wedged between some burly German truckers chattering in a guttural dialect and more typical of the venue’s ageing demographic, a couple of damp-smelling pensioners, picking fastidiously at some desiccated fish-fillet combo.

It’s like a throwback to my childhood too, with the faded grease-stained décor, peeling paintwork, slightly desperate feel in the air. It could be me on the way to an early 1980’s university with my parents - only they didn’t stick together and I wasn’t clever enough to qualify - all I need is London Calling on the radio.

‘Still checking out the boards Dad?’ Chuckles my boy as we make our way into the town and I rubberneck the for sale signs from unfamiliar firms. I remember feeling this gloomy when we took his elder brother to university and he has never looked back. He’ll be ok. It’s his mother I’m worried about. I’ve never known her so quiet.

‘This is alright.’ I enthuse as we personalise his room, one with an en-suite I could only dream about at his age. It’s just as well, because the wardrobe doesn’t look robust enough to piss in. I’m seeing cheap laminated ply, possibly Ikea. I’m still jealous though, improbably imagining myself at some great seat of learning instead of flogging homes for ungrateful punters until my sales figures are no longer deemed good enough.

By the time my son and I have made several unloading trips to the car and we’ve both eyed-up the girls arriving, my wife has made his bed, hung enough clothes to last until Christmas in the chipboard commode and placed the photo frame in pride of place. A quick look in the mirror tells me the female students arriving were looking at my lad, not some improbable time-travelling punk in drainpipe jeans and brothel creepers. It’s time to go.

A gaggle of excitable new occupants are forming as we do the hugs and I hold on for just a second too long. ‘Just don’t tell them you’re an estate agent,’ jokes my son as we pass and he gets a couple of warm smiles. ‘Or you’ll ruin my credibility.’

It took until we passed the rundown Little Chef on the way home, for the tears to come.

27,000 grand debt for a useless piece of paper. Even an estate agent should have seen that one coming!

He also won't be on 9 grand a year if he goes this year Anonymous - guess Maths wasn't your degree either.

Ooooh, Touched a couple of nerves then! haha.

The point is, about 10 million ´Chindians´ graduate every year speaking English. Perhaps your children will be studying languages. I hope for their sakes, they are.

For the record, I didn´t need a degree to end up living in sunny climes with no debts by my early forties.