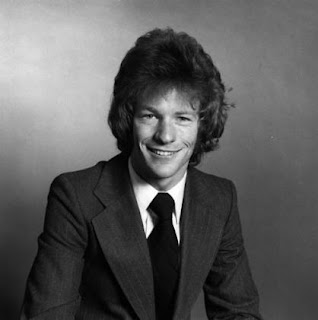 I’m not a big fan of mixing with other businessmen. Invariably it’s all sales puff, bullshit and vested interests, so it’s somewhat of a surprise to find myself at a chamber of commerce-style drinks do. The woman who came into the office looking for attendees was new, vibrant and had four-inch heels. Now as I scan the dusty municipal room she’s nowhere to be seen. Tart.

Worse still, the bespectacled geek on the door forced me to pin an accusatory name badge on my lapel when I entered. Now everyone can see I’m an estate agent. Self-consciously I grab an orange juice and scan the room for a friendly face. I recognise a gaggle of deadly dull solicitors in one musty corner - two of whom never return my calls when I chase sales. Elsewhere I spot an eclectic mix of Asian convenience store men, Chinese takeaway owners and Polish builders - incomers always keenest to make friends in the retail community.

‘Ah-hah an estate agent.’ Claims a mousy looking man invading my space and proffering a dirty-nailed hand. Just where did all the totty go? I confess my profession – although most of the room might term it a “trade” - before a quick glance at my new chum’s badge confirms my worst fear, he’s an accountant.

Now I’m not a big arithmetic fan at the best of times. My numerical shortcoming confirmed with every spreadsheet and profit and loss account my bean counter boss sends me. Any man who has to carry two calculators in his suit jacket - just in case the solar-powered battery is caught out by an unexpected eclipse - is number myopic at best. But these people are so boring.

‘Have you met my colleague?’ Asks cuticle-hygiene-challenged man, as he beckons in a fellow figure-fiddler. A chap with a preposterous moustache now joins us - an individual who works for a different, no less dull, firm. Now call me old-fashioned, but I don’t actively encourage the opposition. In my business they are looking to tout your boards, customers and staff members – supping warm long-life juice with them isn’t high on my list of priorities. That’s probably what makes me trade.

After a while the two abacus-pushers are talking over and round me, as I look wistfully at the immigrant group and fantasise about a stir-fry. I’m always conscious of my shallow education. At spending too many years chasing deals, not knowledge. I try to read as much as possible and like every salesman am adept at bluffing – but when the conversation meanders on to physics theory, I’m lost.

Stupidly, I revert to an old schoolroom dodge and try humour to mask ignorance. The gag about thinking quantum mechanics was four Quick Fit guys leaping in the air falls on stony ground and in hindsight the star-jump was a mistake, so I move on after refilling my glass.

‘So what’s the high street doing?’ Asks another short-of-stature man, this time from the council, according to his badge. The choices for sarcasm are endless. Dying because of your business rates. Filling up with charity shops and whitewashed windows, are easy options, as is the grumble about parking charges and predatory traffic wardens. Instead I answer neutrally.

‘We’re keen to get an insight into what shop-owners want.’ Enthuses the man. It’s a common mistake, I run an office not a shop, and I act as an agent. The only stock I get comes from pitching, not ringing a warehouse. It’s not his fault, he undoubtedly has a 2.1 in public services from somewhere I’ve never heard of and his Greek knowledge probably extends further than a joke about sharing a kebab with George Michael on Clapham Common. He’s Stephen Fry – without the humour. I’m Jim Davidson – without the career.

‘Too many of you guys in every high street,’ Hypothesises the next man I can’t avoid. I’m guessing he’s another town hall quasi-intellectual not quite bright enough to get a university teaching posting, and not streetwise enough to run his own business. ‘We should licence you.’

The sex shop analogy made for a sudden ending. But at least I could come away.

Great quantum mechanics gag! And I don't say that very often! Going to use that one myself if you don't mind.