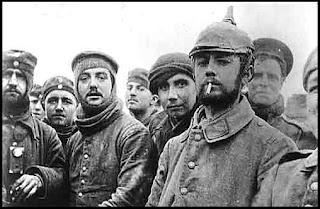 To another unwanted social function. I’m really not that popular, trust me. My wife is though and she insists someone goes with her. I’d rather be reading or blogging, but life is a constant compromise if you want to keep your house.

‘Oh, I don’t believe it.’ I grumble before the coats are off. She looks at me with a cross between anger and regret before asking what it is this time? ‘That twat over there.’ I hiss, realising with a room like this, I might need to narrow it down a bit. ‘The one with the absurdly long hair for his age.’ I clarify brusquely. ‘The one who looks a bit like David Essex?’ She asks, revealing a still slightly unsettling girlhood crush. If David Essex is still alive, he would be crumblier than this guy, but only by about fifteen years.

‘If you mean the sale-wrecking surveyor with a grey mullet and a sulky demeanour.’ I tell her. ‘Then yes. I hate him.’ ‘How can you hate him?’ She asks annoyingly. ‘He’s only doing his job.’ My testy retort that the Nazi’s all said that, doesn’t go down well, so I slope to the drinks table and try to avoid catching the object of my scorn’s eye.

Now it’s a truth every residential estate agent knows, that building surveyors are only there to pull to pieces the structure and sale price of any property you’ve agreed a deal on. They slink into your office for the keys, pass a few unconvincing pleasantries in exchange for some comparable sales data to protect their arses, then post the keys back when you are closed to avoid committing to a valuation, or opinion, that might be questioned.

The next thing you hear is the buyer has pulled out, or wants a renegotiation on the price on the back of a auto-generated survey with more caveats than a European court ruling. Invariably the house isn’t really falling down, the price agreed simply reflects effective marketing and a smidge of healthy competition. None of this seems to matter to the dodgy-damp-proof-course doom-mongers.

‘Thought it was you.’ Chimes an irritatingly cultivated voice behind me, as I curse myself for daydreaming and drinking without paying attention. I wouldn’t last five minutes in a real jungle. It’s the man with a twenty-five year old hair cut and questionable dress sense. He looks pretty miserable. A fact he confirms after two surprisingly swift beers with chasers, while he confides in me and saves the cost of a phone call to The Samaritans.

I can just see my wife across the other side of the party in animated conversation with a group of women, but my escape route is blocked. Besides, I don’t want to upset the ageing yuppie, he might be valuing one of my precious sales next week. Drinking with the enemy, marginally better than sleeping with them.

‘I hate my job with a passion.’ He slurs angrily. I’m taken slightly aback and despite myself find I’m warming slightly to the guy. I ought to still despise him for the income he’s cost me over the years. But we seem to be engaged in an improbable cathartic Jack Daniels-fuelled, out of the trenches, game of metaphoric football.

‘Yeh it’s the public that do your head in though, isn’t it?’ I offer in a comradely way. ‘Bastards.’ He spits. ‘You do your best for them, try to be even-handed, point out the good points and the bad, and all they want to do is sue you if you miss a bit of damp in the single-skin extension.’ He pauses for breath, his creased, tired face, emoting a mix of despair and resignation. It’s like a bloody mirror.

‘And you lot probably hate me.’ He states emotionally. ‘I wouldn’t say that.’ Responds a voice, used to days of artifice and obfuscation. ‘Yes you do,’ he continues. ‘Detest the low valuations, the retentions and the third-party reports. Do you know? When I qualified this was a respected profession, meant something. I should have been a partner by now and all I do is stick my head in dusty lofts and get covered in cobwebs.’

A better evening than expected.
Posted by secret agent at 8:31 AM

I can list any number of professions though and get to the same result - once the enthusiasm and innocence of youth has been wiped away by the passge of time and experience.

My problem is that I never tested the freshness of a jaundice-free fruit.

I do enjoy it when you go out socially!

Though it was annoying from the EA and vendors' point of view I must admit a surveyor did me a favour by devaluing a house (by 9% of the agreed price) I was buying a house in an unfamiliar area that was in need of a total refurb. I think he was probably right to do so looking back in hindsight at what prices other houses were going for at the time in the area. The EAs had (he considered) overpriced it, given the vendors unrealistic expectations and some of the details on their brochure for the house were misconstructions at best. He saved me from being a "greater fool".

Although all the social blogs are of much interest and hilarity a few good anecdotals about your plunging sales figures would also lighten the mood. How soon until the next crash, sorry cooling, and to find a 'realistic' seller and more shockingly, maybe even a realistic estate agent who doesn’t lie to the seller about price and to buyers about 'convenient' higher offers.

If you've not seen it yet, I think you are a dead ringer for Jack Dee's character in 'Lead Balloon'!

Jack Dee? Have you been talking to my wife?
S.A.

Talking to your wife?
Well, there's something perhaps she and you need discuss...