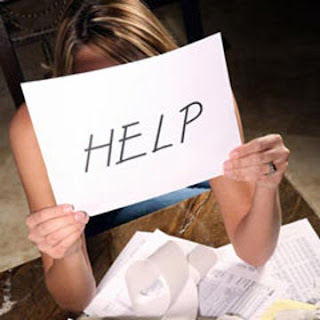 As I stoop to open the office door a sharp pain knifes down my back and for a moment I think someone has actually stabbed me. The list of potential culprits grows with every gazump, gazunder and repossession, but this time it’s the sciatic nerve. My body telling me, as the sportsman’s does eventually, that it’s time to give up. Only with a testimonial cash-in not troubling the horizon, a mortgage stretching beyond a sensible retirement date and a failing endowment, I’m in for the long haul.

‘Oh come on,’ I spit impotently towards the ceiling as I realise the alarm hasn’t been set again, the familiar beeping sound absent. ‘Do I have to do everything myself?’ The entreaty echoes round the cold, lifeless office and bounces back at me mockingly, with just a hint of steel timbre picked up from the filing cabinets.

I know it will probably be lettings trollop B, or contraceptive slip-up F my hapless trainee, who has forgotten to set the alarm. They both switch it off to lurk out the back door smoking in a mismatched friendship based entirely on nicotine needs, and nothing else. Not even B would shag F. There are some tenancies even she won’t enter into.

I trudge into the kitchen to be greeted by a gloopy overflowing sink thick with greasy coffee-laced water, half-submerged stained mugs emerging from the murky depths like rocky outcrops on an Algarve beach – only less conducive to bathing. Then I see the rear door is indeed unsecured, unsecured and swinging in the breeze.

Angrily I snap the door shut and wonder if anything is missing. Any opportunist thief has clearly no more interest in washing-up than the rest of my staff, but there are plenty of computer items and a couple of digital cameras worth stealing. Although on reflection, more people are trying to break out of this office, than in.

Then I hear a noise and freeze, heart thumping, slight pre-geriatric tremble in my hand back again, the one my father had towards the end - the one that made it hard to alter the will. Someone is in the office and I suspect they’re not on the payroll. Not at this time of day. Not without a management role.

Warily I tiptoe back into the main office, searching in vain for a weapon, wondering briefly if I can sneak back out and for once not be the first to arrive. Then I hear the noise again. Definite this time and coming from fat finance man M’s office. A sort of ghostly soft moaning sound more fitting to a horror film than a starkly lit estate agency office - where admittedly some unpleasant moving-related things occur but usually not by poltergeists.

‘Who is there?’ I quaver, completely absurdly. An experienced salesperson should never reveal their position first, not without retrieving B’s mace spray from her desk or at the very least clutching negotiator S’s rape alarm in my hand. I’ve been screwed over many times, but I’m damned if I’m being violated on my own patch, so to speak.

‘It’s me.’ Croaks a plaintive voice in a surprising reply, as I sheepishly replace the franking machine, glad I don’t need to throw it after the lengthy repairs last time. And I peer round M’s door to see B, dishevelled and disorientated, curled up on the carpet. She’s descended lower than me, quite a laudable achievement in the despair stakes as it happens.
It took a while to find two serviceable mugs and brew something restorative and it took a while for B to stop sobbing as she recounted the tale of another low-life boyfriend, an argument and no taxis home. My wife says I’m wedded to the office but I’ve yet to have the sort of sleepover B’s just endured. Give it time.

‘No B today?’ Asks assistant manager T after the morning meeting when he finally notices her empty desk. I mutter something unconvincing about her ringing in early with an ailment, uncomfortably aware that I’m close to sympathising with the loose-lifestyle drunkard. It’s not something that troubles T as he adds. ‘She’s probably woken up pissed in a strange room again.’

He’s closer than he realises.
Posted by secret agent at 8:10 PM

We are certainly seeing a more artistic side to you SA, in the literary sense. Excellent dramatic build up, who said the life of an estate agent was dull haha!