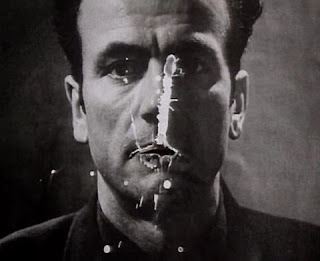 ‘Now this is the sort of place I’d like to own one day.’ Whispers assistant manager T as we try not to conspicuously shield our eyes. We’re gazing, slightly awestruck, at a recently installed top-of-the range kitchen, marble surfaces gleaming under the downlighters, seemingly never used range cooker dominating one side of the room, equally intimidating lady of the house commanding the other.

I’m mentally upping the figure I had in my mind when we pulled up outside, as she chunters-on in a cut-glass accent about the cost over-run her husband got prickly about. And the tardiness of English tradesman, who like many of my fellow agents promise a lot at the beginning and deliver a lot less, when contracted.

‘Won’t you be sad to leave?’ Asks T envy barely disguised in his voice, as I think don’t persuade her to stay you idiot, there’ll be enough obstacles with the price and fee wrestling-match to come. Fortunately she’s made her mind up and women like this get what they want, whether it’s the six figure price tag car in the drive, the over-stuffed dressing room with more designer threads than the London fashion show, or half a house and half a pension when they’re moving on - in both senses.

‘Oh no,’ she counters, conforming she’s sticking with her cash dispenser for now. ‘We have a new project to begin already. I’m meeting the architect this afternoon.’ And now I’m energised. She’s just dropped a bigger signal than a clumsy railway contractor. She’ll be selling - it’s just a question of who bags the business.

‘Delightful décor.’ Coos a voice, remarkably similar to my own, only as polished now as the kitchen surfaces. Many years back I might have been slightly ashamed at mimicking the privileged and their peccadilloes, but if it works, you do it. Bills have to be paid, sacrifices made, principles junked.

‘I shall want a discount on the fee.’ Demands the woman with all the self-confident assertiveness of someone who’s never been refused since puberty. She is one of those serial movers you see on television programmes, with a budget bigger than their intellect. The sort who wants a chip on our commission yet willingly pays over-the-odds for reclaimed flooring, interior designer dandies and hand-made tiles.

Accordingly I take my cue from the coterie of advisers and hangers-on she’s employed to convince her she’s a professional developer, and up my fee a notch more than I’ve planned, only to drop it back again with a rueful shrug of acceptance at her unbeatable business acumen. It’s all a game.

‘Oh God, look at this place,’ Grumbles T later, as we pull up outside a voluntary repossession our corporate department has sent the keys for. The crumbling house is the polar opposite of the pad we were in a few hours earlier. Gutters hanging drunkenly, garden as dishevelled as trainee F in the mornings, windows boarded shut.

I reach into the glove box for my torch and grab the Vicks inhaler. It’s going to smell in there after the squatters have camped several months with no mains services connected, so a menthol and camphor stick up the nose is my first line of defence. Second is to send T in first, as the fleas can gravitate to the younger, sweeter flesh. Experience sometimes counts.

‘Jesus.’ Groans T as the beam from my torch sweeps round the fetid floor-space. ‘I know you told me every day is different in this job, but nobody should have to do this.’ The floors are strewn with dangerously discarded needles, a smell reminiscent of the community rubbish depot is wafting from the kitchen, and something unspeakable is spilling from the close-coupled wc.

From Poggenpohl to pooh on the porcelain, with just a sandwich in between, I think ruefully as T makes gagging noises behind my back and mutters about health and safety. Something the private sector has to relegate below the profit imperative, in my experience.

‘We could get hepatitis from this you know.’ Grizzles T, echoing a comment I made at that phlegm-soaked Stranglers concert in 1978, as I resolve to call in specialist cleaners.

I once was involved in a drug den repo. Ironically it WAS adjacent to a 'Poggenpohl Pad'. There were more needles than we get on OUR weekly ring outs, but only just!!! Trouble with this job, to quote the mighty Hugh Cornwell, is that we spend more time 'Down In The Sewer'than was ever good for us. Problem is, if you want to quit the rat race you gotta stop being a rat...................

Once had to deal with a repo property where the 'owners' had done a moonlight and left the box room knee deep in well filled nappies, nice!!