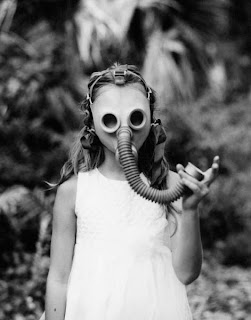 ‘Jesus Christ!’ Screams B our lettings trollop, before slamming the phone down with the sort of velocity bullets exit rifle barrels. I’m not sure where to start as her yell echoes off the steel filing cabinets like a yodel in the mountains. Do I pull her up for the blasphemous remark that might cause offence to those of a religious persuasion - even in the absence of any passing clergymen? Not too many believers in this industry, mind. Or do I point out that the curse, if that’s what it was, might be construed as an expletive. It’s a minefield out here.

‘Where can you find a decent pigging plumber?’ Asks B, solving my management dilemma.
‘The same place you can find a decent man,’ contributes S my negotiator, a little hurtfully. ‘Nowhere.’
‘You’re right there sister.’ Agrees B, sending me a poisonous look, just daring me to disagree.

‘I mean I have to get this gas safety certificate before the tenants move in,’ gripes B, as S nods in solidarity - not entirely without benefit. ‘Or I’ll be the one being prosecuted, I’ll be the one in prison.’
‘You can’t have people dying in our properties,’ I chip-in not unreasonably. ‘We’re already public enemy number one.’
Politicians?’ Asks assistant manager T, knowing he’s on safer ground.
‘Number two then.’ I concede.

‘I mean they are so unreliable.’ Continues B.
‘Like men.’ Adds S. I look at T for support, but he’s about as solid as a bamboo scaffolding pole.
‘I gave the idiot a weeks notice,’ rages B. ‘And now he’s too busy to do the job for another five days.’ Then trainee F sticks his hand up tentatively.

I should jump in, like some testy teacher. Stop him from contributing. Hurl a blackboard rubber at the idiot, anything. But B has caught his eye.
‘What?’ She asks witheringly and F starts giggling nervously - never a good sign.
‘Maybe you should just shag a gas fitter next time? Kill two birds with one stone.’
Suddenly the atmosphere is frostier than a penguin’s parts. It’s not helped by my destructive desire to laugh out loud.

‘He can’t say that.’ Whines B.
‘I think you find he just did.’ Chuckles mortgage man M, his many chins rippling like waves on a beach. All eyes turn to me, as if I’m some sort of junior judge. I’m having real difficulty holding it together, particularly as some inappropriate line about B having a plumber sort out her pipes and her personal life, simultaneously - if he’d just return her calls - is chasing round my head. Aching to break free.

Fortunately a punter opens the door and we all move to autopilot, as the hapless woman looks nervously at the displays that in many cases, due to a lack of properties available, turn out to be the same ones that are in the window. S moves over to rescue the woman and I keep my head down as B broods disconcertingly. We haven’t finished. A call to personnel for some off-the-record advice is definitely on the cards. I can feel contemporaneous notes coming on again.

We are hamstrung by rules and regulations, internal and external. Obviously people dying due to carbon monoxide poisoning isn’t desirable – although with some of B’s tenants……. Anyway, it’s one sensible piece of legislation amongst a host of superfluous ones.

I’m wondering what protection should be in place for me, as I contemplate another fraught session with B? One that will test my negotiating skills to the utmost if a formal complaint is to be avoided. Like the unseen gas, staying too long in one office is surely as deadly. Slowly, bit-by-bit, the stress, the targets, the arguments, the insults and the disillusionment poison your insides. It just takes a little longer to kill you.

‘I mean what sort of woman does he think I am?’ Demands B, as we sit in my office as a nervous F paces up and down outside. And some toxic brew inside, something as terminal as the killer gas, something no detector will ever warn of, aches to say: ‘A slapper?’

‘How about a formal apology?’ I offer lamely.
‘How about I smack him in the mouth?’ Counters B aggressively.

So. Lettings Lush B is quite happy to spread sexist drivel around the office, but gets upset when some of it bounces back on to her.