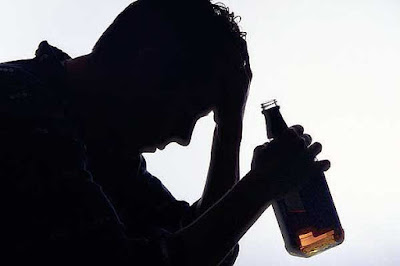 'Got any comparables?' Asks Bomber the surveyor in his weasely voice. Of course I have. Not that you’ll take any notice of the similar homes to the one you are about to value, I’ve sold.

‘How recent are these?’ Ask the destructive building surveyor, as he looks with barely-disguised distain at the property particulars. ‘Only the market is slipping.’ In the background I can see T, my assistant manager, dancing up and down like some palsy-afflicted medieval madman, as he flicks twin v-signs at Bomber’s back, face contorted in hate.

‘All up to date.’ I answer. ‘And the price we’ve agreed on the house you are valuing is very realistic.’ Bomber chuckles unpleasantly. ‘They all say that.’
‘Just be kind.’ I plead.
‘I’ve go to protect the lender’s interest.’ Says Bomber sourly. ‘They’ll be the first to try and sue me if the house is repossessed and they take a loss on the loan.’

As the door closes behind Bomber, T reaches in to his pocket and pulls out a £2 coin. ‘Wanker.’ He exclaims fiercely, walking across to the office swear box and paying his dues.
‘Will he down-value the sale price?’ Asks trainee F, to sour laughs all round.
Of course he will. Surveyors like Bomber are so afraid of their own shadow they’d rather wreck a perfectly sound sale than risk retrospective action. Every town has one.

‘Bean-counter on line two.’ Announces negotiator S, with an apologetic shrug as she takes the call.
Christ straight from one tosser to another, I think grimly, as I move to my office to talk to my boss.

‘How is the month looking?’ Quizzes the bean-counter. I can picture him hunched over his computer screen, squinting at the spreadsheets like some porn-raddled pervert. Only he gets off on numbers, not vital statistics.

‘Going to be a tough one.’ I predict warily. The little figure-fiddler was chasing me for last-minute contracts in December, now he want fresh invoices in January. He can’t have it both ways - only of course that’s what he wants.

‘I’ve been looking at your office conversion rates.’ Whines the bean-counter. What else have you got to do? I want to shout. You’ve never sold a house in your life and you are only in position on the basis of flogging discredited endowment policies, in a past life. I offer the usual platitudes.

‘How was it?’ Asks T, when I return to the main office. I slump in the seat, just as S places a fresh cup of tea in front of me, with a sympathetic smile. God she’s good.
‘He want me to conjure up contracts, when we bled the pipeline dry at the end of last year.’ I say gloomily. ‘He seems to think I’m Harry Houdini.’

The silence bounces round the office, then pings back off the metal filing cabinets. F is looking at me quizzically. Please don’t. ‘So boss, who exactly is Harry Houdini?’ God I feel old.
‘That muppet in One Direction.’ Says mortgage man M, waddling past and chuckling.
‘The one that went out with that tart from X Factor who keeps changing her name?’ Asks T.
‘Sharon Osbourne?’ Say F, hesitantly.
I need a drink. Dry January, is officially f***ed.

‘You reckon the market is really on the slide?’ Asks T, as we sit quietly and speculate on what Bomber is finding on the sale he’s currently wrecking. It’s not looking great. The UK housing environment is predicated on the usual suspects of demand, supply and affordability - dictated by lending criteria and interest rates - but the other great driver, is confidence. Once that falters big slides can happen.

‘If it gets tougher the bean-counter won’t factor that in to our targets.’ Says T ruefully.
‘Did anyone see that You Tube clip of Japanese workers being forced to crawl on their hands and knees along a city centre road, because they missed their sales’ objectives?’ I ask. Everyone looks at me blankly.

‘We wouldn’t have to do that up the high street, would we?’ Questions F.
Not physically, but there will be plenty of metaphorical crawls of contrition if we don’t make the numbers.

That's accurate. Your addition was the usual nonsense.
Imagine if we are in an ERA of rising interest rates.