Some Help To Buy - Wednesday 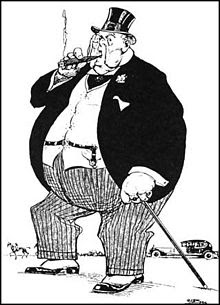 ‘Who has he got in there?’ I ask, nodding towards fat finance man M’s office, where a fresh-faced couple are listening earnestly to him.
‘Couple of first time buyers.’ Answers assistant manager T, with a theatrical rubbing of hands.
‘He’ll eat them alive.’ Suggests loose lettings lush B, with a smirk.
‘Literally?’ Asks trainee F, with a worried look. He’s been watching too many cannibal holocaust films.
‘No, figuratively. ‘ I tell him, to no appreciable enlightenment.

‘Just because he’s big-boned, you can’t make fattest comments like that.’ Reprimands negotiator S, in an unexpected show of sympathy towards the portly policy peddler.
‘He’s just a greedy pig.’ Corrects B.
‘He says it’s hormonal.’ Defends S, wavering slightly.
‘They all do.’ Responds B dismissively.

‘What do you think boss?’ Asks F.
What? I wonder. Do I imagine M is a morbidly obese glutton with no off-button? Yes. Do I think he’s more interested in his commission, than the naive young buyers, or perish the thought, the client of ours whose flat they might be buying? Yes. Will I do anything about it with finance sales’ targets and a year end objective that seems further away than manned flight to Mars. Definitely not.

‘He has to fill out a fact find and an audit trail to demonstrate he’s given the best advice.’ I parrot, almost word for word from an unconvincing sales’ meeting chaired by the company’s financial services supremo, an ungracious man with an attitude and an abacus.

‘Bollocks.’ Scoffs T. ‘You don’t believe that for one minute after all you’ve said about endowment policies he miss-sold and don’t even start me on PPI.’
‘Boom.’ Exclaims F excitedly.
I look at him quizzically, not for the first time.
‘He slam-dunked you there boss.’ Says F, grin faltering.

‘Bit mean to send F out on a solo leaflet drop in this weather.’ Says S, ten minutes later.
‘It’s all part of the learning process.’ I counter, watching as the young couple start to rise and leave M’s office, clutching enough paper to take out a small rain forest. They look bemused, which is probably just what M intended.

‘Can they buy the Devonshires’ flat?’ Asks T, almost before the office door has closed.
‘No. Can’t afford it, they need to buy new. I’ve signed them up for a Help To Buy scheme, they’ve seen a new build for £300,000.’ Says M with a greedy grin.
‘But, the Devonshires will take £250,000 or near as damn it.’ Says T bemused.
‘Got to be a new build.’ Replies M. ‘That way they get 20% on a deferred interest loan from the Government. You should know that.’

T looks a little crestfallen, as the young couple were introduced to M, by him. Now they will be helping a developer to obtain a price they wouldn’t get without the Government’s deeply-flawed, but well-intentioned, Help To Buy Scheme. I’m not great with figures, but it seems they are paying 20% over the odds, and over what they could otherwise afford, just to keep the Chairman and shareholders of a major developer, in Tuscan villas and Range Rovers.

‘I’ll never be able to buy my own home.’ Grumbles F.
‘You could with Help To Buy.’ Counters M.
‘How long is the  Government equity loan deferred for?’ Asks T.
‘Five years with nothing to pay.’ Crows M, smiling.
‘And their deposit?’ Questions S.
‘Only need to find five percent, instead of ten.’

So propping up unsustainable prices for builders. I think sourly. I’ve seen two property crashes and my team still don’t believe it ever happens. It does.

‘Boss, do you think it’s a good deal?’ Queries F. All eyes turn towards me.
‘How long is the mortgage term for?’ I say to M, deflecting for time. M has the good grace to look slightly embarrassed.
‘Erm, thirty-nine years.’ He mumbles through a cough.
‘F**k me, did you flog them a funeral plan as well?’ Demands T.

Now I know I’m old fashioned, but if you can’t buy a home over twenty-five years, you shouldn’t be buying it.

‘Don’t stress it.’ Says M. ‘ Their parents will be dead by then and they’ll inherit.

Hi,
Thank you so very much for sharing this nice article. This is a very helpful article and I have learned a lot from this content.
Hope you will share similar articles for the different topic.