Back On The Chain Gang - Wednesday 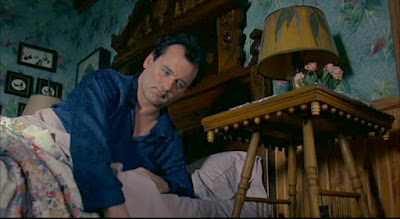 ‘Anything happening?’ I ask the assembled office, as I come back from an abortive valuation where the owners seemed to think their house was in a different location, to its actual address.

‘World is going to hell in a handcart.’ Says fat finance man M gruffly. Looks like he’s had more commission clawbacks from mis-sold policies, this month.
‘Bomber the surveyor came for the keys to number fourteen.’ Says assistant manager T, with a grimace, before adding. ‘We might as well put the for sale board back up.’

I glance towards lose lettings lush B’s desk.
‘What?’ She challenges aggressively.
‘Anything happening?’ I repeat.
‘Well I’ve got ungrateful landlords, three tenants in arrears, a complaint about loud parties and suspected drug dealing and every other deadbeat that comes in wants to know if we’ll rent to people on housing benefits.’

I turn to F, the idiot savant trainee. He frowns distractedly.
‘What was the question again boss?’
Some days I shake my head more often than one of those solar-powered nodding dogs. I look at negotiator S, for some solace. Not for the first time.

‘I’ve chased the exchange of contracts on the Halls’ sale.’ She says glumly. ‘But two of the lawyers aren't talking to each other except by letter, there’s a local search that might take another five weeks and the couple at the top of the chain have been told they’ve undersold by an agent who knocked their door. They are thinking about taking the house off the market and putting the price up.’

If anybody tells you selling homes is money for old rope, tell them to spend a month in my office. I’ve had more disappointments in the last twenty years than the Aston Villa supporters’ club. Every reason for sales falling through that could possibly exist, has crossed my desk or polluted my phone. And the next tosser who puts in an offer, assuring me his word is his bond, is probably going to get punched. Because as sure as the sun rises in the east, he’ll be pulling out of the sale before any money changes hands.

‘Why does the sales’ process have to be so long-winded?’ Asks trainee F, after I’ve been given a calming cup of tea and my rant has petered out like an old man’s piss-stream.
‘That’s actually a good question’ Says S, with a disarming smile. God, if she ever goes on maternity leave I might just take the stairs to the top of that ex-local authority block of flats. The lift obviously won’t be working, but at least I can be sure the door to the roof will be unlocked.

‘They need to speed the process up.’ Suggests M pompously. A bit rich considering the outstanding mortgage offers we are waiting on for at least two buyers we put in front of him.
‘They tried that with Home Information Packs though.’ Counters S, referring to the late and not very lamented attempt by the clueless last Labour Government. Despite widespread industry warnings of the unsuitability, one of the numerous housing ministers, who changed more often that F’s underpants, decided to railroad through a clunky piece of legislation that failed miserably. The incoming Conservative Government junked the process and proved to be equally as inept.

‘The problem with property is the people.’ I say obliquely. I get some quizzical looks, but I’m used to that. I tell people the real value of their homes every day, and the majority want to be lied to.
‘What do you mean?’ Questions F, frowning again. His face is going to look like Rip Van Winkle’s by the time he’s thirty.

‘He means the business would be great if it wasn’t for the public.’ Says M, with a jowly shrug.
‘That doesn’t make sense.’ Replies F, face creasing even deeper.
‘It’s not meant to.’ I say flatly.
‘He’s just being ironic.’ Soothes S towards F; with that dazzling smile.

‘I hate f***ing people.’ Spits B.
‘Not what I’ve heard.’ Mutters T, dangerously.
‘What was that?’ Snaps B.
I caution for calm and plead for another cuppa.

So, nothing happening then.

Well Purple are putting in sparkling numbers and profits. Surprised you haven't mentioned...