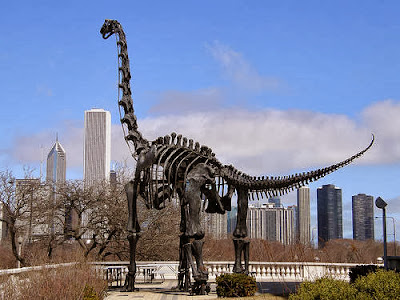 ‘Right,’ I say clapping hands together dramatically. ‘We need contracts to exchange this week. So let’s chase those solicitors.’ The last time I saw so many disenchanted faces was at Wembley Stadium and the less said about that night the better.

‘Most of them won’t even take your calls.’ Pronounces assistant manager T imperiously, to nods of confirmation. It’s not the sort of second-in-command support I’m looking for. T is a man born too late. I could envisage him sipping red wine about twenty miles behind the front line while the distant sound of guns struggle against the sound of the Belgian prostitute pleasuring him. I, of course, am knee deep in the mucky stuff with my head above the parapet.

‘If we can just get two or three exchanges before the end of the month we’ll have a fighting chance of meeting the quarterly target.’ I plead, imagining the inevitable phone call I’ll receive from the bean counter boss if the office under performs. He’s another one likely to be sucking on a bottle of Bordeaux, while a piece rate European worker fiddles with his…balance sheet.

‘I can never get a solicitor to speak to me.’ Says dozy trainee F to suppressed giggles.
‘We need to nurture these relationships,’ I pontificate, to looks of distain. ‘Granted it’s a love hate thing.’
‘Yes they love to hate us,’ replies T. ‘And we hate having to love them.’
‘Or at least pretending to.’ Adds negotiator S.
I can see I need to lead by example again. No man’s land beckons dangerously.

‘Lawyers can give us lucrative probate business.’ I tell the team.
‘We give them more solicitor-free buyers usually.’ Responds S
‘And the only outfits with probate departments are the old fogey firms with a load of ageing dinosaurs still practicing. You try dialling a Diplodocus.’ Says T to an irritating round of laughter.

I thought the same way when I started it this business, but some of the lolloping, vegetarians my team are referring to, used to play me at five-a-side football in simpler times. I like to think I’ve evolved. These guys don’t respond to emails, shy away from e-commerce and take a fortnight to turn round a letter. Extinction beckons – as it does for me if I don’t get some income invoiced.

‘So,’ begins F with his now standard hesitance.’ The firms with probate departments….’
‘Have lots of elderly clients.’ Interjects T
‘They’re just the least responsive to deal with.’ Says S.

S is right, but if we get a cold winter and plenty of icy pavements I want to be taking their calls, or more likely opening their letter, charged at £50 a pop to the deceased estate.
I can feel the meeting drifting so I look at the empty diary and make a decision.
‘Everybody in my office, I’ll make a speakerphone call and show you how it’s done.’ The words are still bouncing off the filing cabinets and I’m already regretting them. You are supposed to learn by experience.

The ringing tone echoes round my office as my team lean in expectantly. It chimes for long enough to really annoy someone in sales, but I persevere. It’s one of the firms I’ve been referring to and the file has been outstanding nearly three months. Finally someone picks up and I press a finger to my lips dramatically.

I recognise the voice and feel my confidence swell.
‘Hello Carol.’ I announce in a familiar but professional manner and I give her my name.
‘Who?’ She replies frostily, to the sort of silent hilarity not seen since the last Laurel and Hardy film with no soundtrack, played to a packed cinema of Flappers.

I press on daunted, telling her the client and case I’m chasing.
‘That’s all progressing fine.’ Says Carol dismissively, as eyebrows raise and a few murmurings stir. This tells me nothing. I ask to speak to the partner in question.
‘I’ll see if he’s in.’ I give the thumbs up to all as Carol adds. ‘Who shall I say it is again?’

After a minute, I already know the answer - but there’s no gap in the barbed wire.

He said he was out.

How to avoid the property fossils, download the 'Agents Diary' ebook. All formats via Amazon. Plus, now available for Canadian and Australian readers.