Turn Round At Earliest Opportunity - Friday 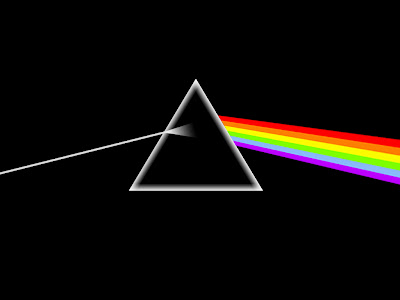 ‘Not a great day out there.’ Pronounces assistant manger T somewhat superfluously. The rain is cascading down the window in a passable imitation of Victoria Falls and the wind is blowing umbrellas inside out providing a modicum of entertainment in the absence of any internet sites to look at, that haven’t been blocked by head office.

‘Not likely to be many buyers about today then boss?’ Asks idiot trainee F. I decide to enlighten him, might as well pass the experience along even though he has the retention qualities of a sieve.

‘Funnily enough,’ I begin to what sounds like an ill-suppressed sigh from B the lettings lush. ‘The time-wasters will continue to come at a steady rate, no matter what the market or the weather. And the deadly serious buyers will also keep searching, despite a monsoon.’

‘Just tell them not to offer on a new-build on a flood plain.’ Says T with a chuckle.
‘Yes,’ agrees negotiator S with a warming smile. ‘Meadow View, or River Walk should have been all the clues you needed.’
‘Serves them right.’ Says B sourly. ‘It’s better to rent than buy when the market is artificially high.’
‘Or the water table.’ Laughs T.

I should pick B up on the negative spin on the property market. Refer her to one of the numerous surveys - commissioned spookily enough by banks and other lenders mostly - forecasting an upwards only trend for average home values. Isaac Newton wouldn’t get much change out of those particular mortgage floggers – particularly as a self-employed inventor without a sizeable deposit and three years of audited accounts.

The truth is my forecasts on where prices will go have proved woefully inaccurate over the years, despite a couple of market crashes along with rampant price inflation at all odds with conventional wisdom. The local market, with its insular motivators of demand, supply, schooling and employment never bares that much resemblance to national figures anyway and the central London market might as well be on the dark side of the moon.

‘What about this woman?’ Questions F, looking at late-fifties matriarch struggling against the gale but looking to cross the road in our direction. I look the subject up and down. You shouldn’t judge a book by its cover but you can speculate on the contents without needing an Amazon review. Particularly as that website is blocked too.

‘It’s best if the couple are together.’ I suggest watching the woman’s laboured progress.
‘That’s a bit sexist.’ Snaps B, possibly hung-over, possibly pre-menstrual it’s hard to tell.
‘Yes,’ agree S unhelpfully. ‘Women buy property on their own too, you know.’
‘Only if the divorce settlement has come through.’ Sneers tubby mortgage man M with feeling.

‘Women are usually the decision makers when it comes to buying a home.’ I soothe, not wanting an argument, or any more forms to fill in from Human Resources Department. ‘It’s just you are more likely to have a chance to clinch a sale if both parties are out looking.’ I sense an uneasy consensus as the unwitting subject of our discussion braves a gap in the traffic and heads our way.

‘Probably just wants to use the toilets or ask if we have free Wi-Fi?’ Grumbles M. Granted it is an annoyingly regular occurrence, particularly as the local council seem intent on shutting all the public conveniences down and sending the cottagers and junkies who can’t afford Starbucks rates, into estate agents who made the mistake of providing coffee machines in a management consultancy-led dash to a brave new Fair Trade World that doesn’t include us - or a minimum standard of competency.

‘I’m guessing she just wants a free map.’ Speculates T. ‘She looks too old to have a smartphone and Google earth.’
‘Well we haven’t got any left.’ Says B. ‘We just ended up giving them to day-trippers and lost kids doing their Duke of Edinburgh’s Award.’
We didn’t. Not the latter at least. Nobody in their right mind would try camping out round here. All the shop doorways are full by 9.00pm.

The woman finally arrives at the window, looks each side of the door, shrugs then moves on.

Bit of a damp squib.