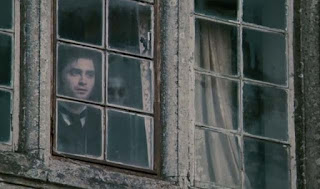 Out in the car with trainee F. Ostensibly, he is here to learn but he reeks of sow’s ear. We’ve just measured-up a new instruction and taken some photos. The pictures had better be good because the home is on for £20k more than I’d have liked, after a rival agent tried to prise the business away telling the vendor she was about to place it on the market too cheaply. The signed sole agency saved me but the compromise was a higher price – at least for now.

‘It won’t sell for that money will it?’ Asks F, indicating the digital camera in the foot-well.
‘No,’ I tell him with as much certainty as anyone can muster where property is concerned. ‘And even if some nutter does offer over the odds, their surveyor will downvalue it.’
‘We deal with a lot of time wasters don’t we?’ States F rhetorically as I glance at the dashboard clock, see we have thirty minutes to spare, and indicate left.

‘This isn’t the way back to the office.’ Says F showing the sort of local knowledge estate agents major on – even borderline retards.
‘Little detour.’ I tell him swinging into a bumpy, yet to be top-coated road, with the sort of raised drainage ironmongery beloved of shock absorber retailers and scrap metal thieves everywhere.

I pull up by the freshly minted marketing board of a new build showhome. The photoshop-doctored picture shows the sort of attractive mixed race couple, with two children, who only exist in advertising agencies minds and who certainly can’t afford these prices. Not without a bank of Mum and Dad handout. The garage has been converted with the help of some sliding patio doors into a sales office, and as I ease out of the car, with a shooting pain down the leg, flags are fluttering overhead like sparse applause.

‘Are we going in?’ Asks F incredulously as he follows me, spaniel-like.
‘Why not?’ I reply. ‘Market research.’ I pitched for the sales on site, some months ago, but the medium sized developer decided to sell direct. Something that still rankles.
‘But you hate time-wasters.’ Persists F as I march past the only other car in the car park, an ageing Honda Accord, which is doubtless the sales lady’s motor.
‘Do what I say not what I do.’ I tell F as I spot the owner of the car through the glass. She’s reading a book.

‘Can I help you?’ Asks the woman as we slide the door back and a gust of wind sends her leaflets fluttering across the cheap Ikea desk. It’s a closed question as expected, and she is also as predicted. A fifty-something fading glamour model who has had some work done. Fake blonde hair to match the fake fruit in the bowl and the unreal asking prices. There’s probably some botox involved too.

‘So you’re estate agents.’ Echoes the woman with a look of disappointment I see most days. She only just stops herself from picking up her paperback. ‘I thought you were probably selling something, or a gay couple.’ She continues, stifling an unseemly yawn.
F and I exchange uneasy glances neither wishing to articulate, out loud, our thoughts. Probably for the best.
‘This is alright.’ Enthuses F as we walk round the show unit. The saleswoman didn’t bother to come with us, once we promised to take our shoes off to protect the cheaply sourced foam-backed carpeting. Doors have been removed from the kitchen and lounge to give the illusion of space and some prissy designer has colour co-ordinated the throw cushions and curtains. The furniture looks to be three-quarter size.

‘They’re too much money.’ I tell F authoritatively. Builders always want a premium for their product and I priced these 15% less than the developer is asking. The first sale always sets the benchmark for new developments and nobody has exchanged contracts on one yet. The sold subject to contract stickers in a couple of windows, almost certainly Harry Potterish works of fiction.

‘Not buying?’ Asks the woman ruefully as we leave.
No, but I’ll be back.

Did they not have '50% sold!' on the advertising hoardings? Always a good work of fiction that.

Getting very berish recently mr secret agent. Have just read three or four of your posts and almost all of them mentioned overpricing!