Hard To Keep Down - Friday 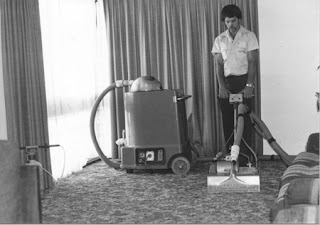 Hurrying through the park I sidestep the take-away debris of the night before. Several KFC boxes with bones gnawed by more than one type of vermin are scattered amongst the threadbare grass, and swathes of that waxy paper they wrap kebabs in are blowing listlessly in the wind. I don’t see humanity at its best, what with messy divorces, repossessions and feuding families arguing over the will, but this sort of greedy consumption and wanton disregard for others really makes me sick.

‘Oh for crying out loud.’ I growl, appropriately enough out loud, as I see the puddle of puke on the pavement outside the office window. Planning regulations not withstanding, estate agents - naturally enough - want premises that are high visibility and close to the action. The downside is a location in the middle of pisshead alley. Where every drunken reveller staggers towards the late bus or a taxi desperate enough for the business, tanked up on high-strength cider and greasy fast food. It turns my stomach.

‘So guess who’ll have to clean that up?’ I ask rhetorically as I fumble for the office keys and look at the solidified pool of vomit clinging unpleasantly to the paving slab.
‘What’s that?’ Asks a voice behind me. My heart sinks a little further. I don’t want to mix with the public before my published opening hours, but if you start talking out loud you tend to attract other nutters.

Reluctantly, I turn to see who is trying to engage me in conversation. It’s the hobbling banker with the dodgy hips and suspect lending practices. I look at him and we both glance at the probably yet to be a first time buyer’s deposit, at our feet.

‘Where you asking what I was saying, or what this is by our window?’ I query, indicating the half-digested meal with my toecap.
‘Bit of both really.’ Answers the banker. I can see the twinkle in his eye even before he regurgitates the obvious line. ‘Do you think it was your prices that made them ill?’

‘Serves him right.’ I mutter to myself as I kill the bleeping alarm and wonder if my bile-filled diatribe about irresponsible lending practices and mis-sold insurance products was a bit much. As the bank no longer schmooze me with boozy lunches on expenses and corporate days at the races, I decide not.

I have a decision to make, even before the phones start jangling with vacillating vendors, bombastic buyers and suicidal surveyors. Do I clean up the mess outside myself and lead by example, or do I delegate? And people think this business is easy.

With three minutes left to opening time, I’ve prepared the morning meeting, scanned the office diary, allocated appointments and cleared the answerphone. I’m still the only one in the office and now it’s a mop and Marigolds, or fourteen nausea-inducing e-mails.

‘Loving the yellow rubber glove look.’ Chuckles assistant manger T as he bumps his car up the pavement and hits the hazard warning lights. He’s seconds from being late but still the first to arrive. I slop the viscous mess towards the gutter as T mutters about going to park up before the traffic warden comes on duty. He’ll definitely be late by the time he gets back, but he obviously thinks he’s clocked in - while I clear up.

‘Oh yuck.’ Says perky negotiator S as she click-clacks down the road seconds later. As the heat rises from the bucket of soapy water, I remember several steamy dreams involving S and rubber-wear but none of them involved a third-party’s bodily fluids. Not even close.

‘Not nice.’ Spits mortgage man M as he waddles to the door, Greggs the baker bag welded to his hand, as he adds ‘Can’t you call the council to do that sort of thing?’

I think the word is bilious.

Download The Secret Agent - A Year In The Life as e-book on Amazon with free app for all formats. Kindle, PC, Mac, iPad, Android etc. And get moving...
http://amzn.to/ttGZ4j
Posted by secret agent at 7:32 AM

Pile of sick outside the property = 'up and coming' or 'vibrant' area in EA lingo - get with the program.