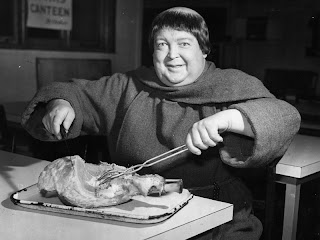 ‘Anyone got any ideas to boost business?’ I ask at the end of my morning meeting. There’s nothing new under the sun but I’m just hoping for a two-way dialogue. You get in early every morning, check the post, collect the DX, scan your e-mails, listen to abusive messages on the answer-phone and by the time your coffee has cooled your enthusiasm has done the same if you’re not careful.

My team look back at me blankly, at least those who’ll meet my eye. T the assistant manager hides behind his designer glasses and an aura of languid apathy, S my negotiator risks a half-smile, trading on her personable character and perky tits successfully. F, my idiot trainee, meets my gaze with a look so devoid of intellect I might as well be investigating pond water. It’s not a good start to the day.

‘I could use some more landlords.’ Suggest lettings floozy B, to a stifled giggle from S. B’s reputation is one she’ll need more than abstinence and penicillin to shake off. Like my track record of mid-table mediocrity, it’s hard to change perceptions once the die is cast.

‘I meant for business purposes.’ Adds B sarcastically, not exactly clarifying matters. Fortunately M, our mortgage man, the Friar Tuck of finance - without the outlaw’s charm – decides to interject. ‘I need better quality leads. The lenders are getting pickier and pickier.’ As he speaks M scratches at his teeth with a dirty nail seemingly unaware of the irony. Not sure what he has lodged in his incisor but I’m guessing it won’t help his halitosis.

‘The thing is,’ begins T cautiously as I tense for an excuse I don’t want to hear. ‘We can never compete on a level playing field with this lot.’ And he indicates the sales performance league tables I handed out at the beginning of our collective. My rival manager H, he of the reduced stature and heightened ego, has his office lodged at the top of the list again.

‘They have got a better patch, with fewer competitors.’ Ventures S in solidarity with T, her rueful shrug and concurrent blouse action helping to offset my knee-jerk prickly response. In truth it’s a dead-end argument I’ve tried presenting to my bean counter boss. His answer, the same as the one I sheepishly repeat: You can’t argue with the statistical evidence.

‘You put his arrogant arses in this office and let us sit over there for a month and see the difference then.’ Suggests T brusquely. I’ve thought about it, God I’ve lain awake in the middle of the night yearning for it – but that’s a different story.

‘Anyone want anything from the bakers?’ Asks M, rising with difficulty, seams stretching, shirt buttons close to popping. He seems to be signalling the end of my motivational think-tank. The lure of calories more attractive than recycled leaflet drops and scouring the local paper for private sale adverts.

‘How about we stay behind for an hour tonight and chase up some failed valuations.’ Says a voice, laced with reluctance. It’s not something I’m keen to do, the very term “failed valuations” gives a pretty big clue as to the outcome, but then as it was my suggestion I’m going to have to run with it.

‘Really, do I have to?’ Asks T, as if I’ve instructed him to blow me in the office window.
‘I’ll be doing it too.’ I remind him sharply. It is a thankless task. If people have spurned your advice and used another agent, they either didn’t like you, your price or your fee. I can change some of those but not all.

‘Sorry to trouble you then.’ I say later, with as much sincerity as I can muster before adding through gritted teeth. ‘Good luck with the sale.’ I holster the phone, look at the clock and wonder how crispy my supper will be by now, as T finishes his flat conversation in a similar vein.

‘Christ this is depressing.’ Announces T. ‘A handful have sold but the rest are stitched into a sole agency for months, at the wrong price.’

I take him to the pub - crusty carbonara can wait.
Posted by secret agent at 7:32 PM

Having just finished a morning meeting, I read your latest posting. Dear God! You have just described my life - am off to toss myself off Beachy Head (whilst thinking of S, obviously......

My sympathies Idler,although the S thought is not the worst way to go..
S.A.

half the sales of 2007. reality finally hitting home to the uk housing mkt. your only hope is that the guy(s) on the street close down before you. who's first for the chop in your office? Asst Mgr I guess. he's more expensive than the trainee

Thanks for that Jonathan was feeling quite chipper for once. It's always been a question of shutting the opposition before they shut you. In my office,we all stay or we all go.
S.A.

is fat mortgage man "M" an Italian by any chance???

That would be telling. Ciao.
S.A.