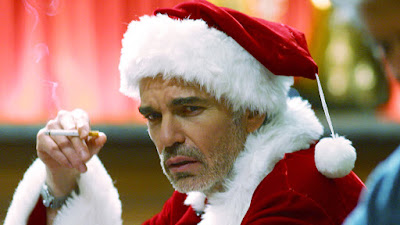 ‘Is it me or is the music a bit loud?’ I holler at T, my assistant manager. We’re crammed against the free bar, where every spurious staff member, including weekend workers and new home site reps, are desperately multi-ordering drinks before the float runs out. It’s as shaming as the Brexit shambles.

‘You're just getting old.’ Shouts T, with a grin. ‘Let me buy you one and bring it over.’ He adds. That would be a first, I think fleetingly, until I realise he won’t be paying and by the time I offer to return the favour, I will.

I’ve done too many staff Christmas parties. The music was different when I started, more guitars and none of this drum and bass bollocks, but the end result is the same. Over-wrought women in posh frocks and over-testosteroned men in unaccustomed dinner suits, spoiling for a fight or a f**k.

‘Seen that cracker from head office.’ Shouts a disembodied voice. I have, but so has every other red-blooded male in the room. I’m not about to admit letching from afar and wondering what incredible cantilevered bra-manufacturing process is keeping those breasts from spilling free - especially to someone I can’t see.

A hand tugs on my sleeve. ‘Here you twat, I’m here.’ I look down to see the smirking face of H, my vertically-challenged rival manager. ‘I wouldn’t mind dancing with that piece later.’ he says unpleasantly.
‘You’d probably only come up to her….’ I begin, before realising the odious little short-arse, is smirking even more.

‘These don’t change do they?’ I say to mighty-thighed mortgage man M, whenI get back to the little enclave my office has set up, away from the DJ, who looks like the hasn’t started shaving yet.
‘The totty is different,’ shouts M garnering disapproving glances from negotiator S - looking classy in a black dress - and loose lettings lush B - looking tarty in a similar, shorter, number.

‘I used to enjoy these.’ I say to M, as T arrives with our drinks on a precariously-balanced tray, idiot trainee F behind him carrying an identical set. Yep, the cash will run out before my round. Like a typical Friday after work then, only with more sex and violence.

‘Just get pissed and dance with the prettiest trainee you can find.’ Advises M, downing two-thirds of a pint in one. M hasn’t been paying attention on all those appropriate behaviour in the workplace seminars, held by the mirthless women in Human Resources. I’m already wishing I was at home.

‘There you go boss.’ Says F, plonking a gin and tonic in front of me. I can’d do too many pints any more, irritable bowel to match irritable bloke. ‘I’ve got you a double, just so you know for later.’ Adds F, helpfully.

I sip the drink cautiously, the taxi is booked for midnight, I’ve avoided the hotel deal on rooms at a discounted rate for partygoers. I count myself lucky that on past occasions I only woke up with a cold kebab on the pillow in the morning - it could have been so much worse.

‘I reckon it could kick-off later.’ Suggests T, leaning so close I can smell his aftershave. He must apply it with a sponge, it’s so pungent. He’s pointing to the other side of a room where two rival offices young negotiators are braying loudly at each other. They’ll be goading each other with inflated stories of sales’ figures and target-smashing. It’ll be glasses smashing by the end of the evening, if previous nights are any pointer. You can see why people don’t like estate agents.

‘You enjoying yourself?’ Asks a familiar voice and I look up to see negotiator S next to me. I am now, I want to tell her, but some things are better left unsaid.
‘Smile.’ Shouts B amid a bright flash. She’s just snapped us with her mobile phone.

‘That better not be on Insta-pop later.’ I say uncertainly.
Apparently I’m an old dinosaur who doesn’t know how to party - or do social media.

If only they knew.

Thank you for your post. This is excellent information. It is amazing and wonderful to visit your site.
Real Estate Homes for Sale
real estate in hyderabad 2018
ready to move in apartment in hyderbad